South Korea as a country is full of enriching talent and when we talk about talent in South Korea, there’s no way we can miss out on the great Lee Tae-min’s name. Raised in Seoul in South Korea, Lee (also fondly called Mononym ‘Taemin’) is one of the most popular actor and singer of the South Korean entertainment industry. Lee is one of those very rare names who has achieved success in the K-Pop music genre both with a group as well as a solo artiste. Lee Tae-min’s fan following knows no bounds and not many know about the fact that he was initially inspired to be a pilot. However, that changed soon as he eventually developed a passion for dancing.

A lot remains unknown about Lee Tae-min’s personal life and fans are certainly curious to know more. So here we are today, revealing to you some of his personal life details which you probably didn’t know earlier

Lee Tae-min is a huge admirer of Michael Jackson.

He has graduated from the famous Myongji University of South Korea

He has a sibling named Lee Taesun 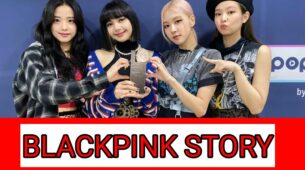