Who is the highest-grossing singer between Armaan Malik and Amit Trivedi? Armaan Malik is a 25-year-old singer in the music industry who has achieved scaling heights of success. He was the finalist of a singing contest. He belongs to the Malik family, who is into the music industry and very popular. Armaan Malik made a name and space for himself away from the family, and today is widely popular. His fans call themselves Armaanians.

If we look at the net earnings that Armaan Malik makes, it is estimated to be around 9.5 million, i.e., 71.36cr, according to the Republic world article. It is also known that he charges between 10-30 lakh per song.

Another artist who has risen to name and fame is Amit Trivedi. He is immensely popular in his soulful voice and has also won the National Film Fare award. His musical quest started at the age of 19, and his debut was in 2009 for the film Dev D in 2009. It is claimed that he is one of the wealthiest composers to be born in India.

Who, according to you, is the highest money-making artist after each song? The richest between Armaan Malik and Amit Trivedi. Vote Now. Armaan Malik Vs Darshan Raval: Who Is Every Female's Favorite? 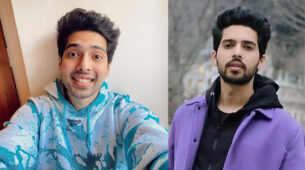