Darshan Raval is the Gujarati chokra who has made hearts swoon all over him. His magic is already working and is wooing the masses with his voice. He is the true hit machine with numerous chartbusters in the industry. Talking about Armaan Malik, we all know the music runs in his veins.

Talking about both Darshan Raval and Armaan Malik, both started their journey as a contestant at a reality television show and then had their share of success. Today both have been known for the amazing voice as well as party anthem that they have given us.

Darshan has given many amazing songs. His Garba night songs are major hit Chogada and Kamariya. Other than that, he is the master of romantic and sad songs. There are many chartbusters by Armaan Malik like Buddhu Sa Mann, Barfan, Jab Ye Sitaare, Tere Bin Nai Lagda.

Both with a charming face like that, no doubt they would be the current crush of the nation for sure. If you ever get to catch them performing live, it is your chance not to be missed! Both know how to get the show going and keeping it alive until the very end. 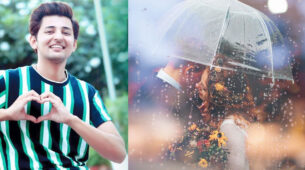