Check out the best and memorable innings of Sachin Tendulkar, which will be remembered forever! Sachin Ramesh Tendulkar, the former Indian cricketer, is one of the best batsmen of all time in cricket history. He has also served the Indian national cricket team as its captain for a few years. He has done magic in the fields and scored the highest number of runs in international cricket. He was also a great right-arm medium, and leg break and off-break bowler. Sachin was well-known for scoring centuries after centuries in the tournaments. The entire world was amazed by his performances and was praised by many critics. He was even called ‘Master Blaster’ by many.

Sachin is also considered as the God of cricket, because of his excellency. He is the only cricketer in history to score one hundred centuries at the international level. Sachin was well known for scoring one after another century. He has even scored double centuries in few innings. And, some of them have been even memorable. The fans still remember the One-Day International (ODI) innings against Australia in Sharjah, 22 April 1998. Sachin scored an excellent 142 against them and is still regarded as the greatest innings of all time, by his fans. Then next comes, 2003-04 Test series where the ‘Master Blaster’ scored a wonderful double century. It was the 4th and the final day against Australia when he ended up scoring a total run rate of 241.

There are many more matches such as an ODI match against South Africa on February 24, 2010, when he scored a double century and became the first batsman to do it in an ODI match.

Also read: Sachin Tendulkar took up Yuvraj Singh’s ‘Keep It Up’ challenge with a twist 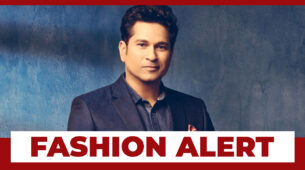