India vs Pakistan rivalry is one of the most insane sports rivalries in the world. There’s so much at stake in a contest between the arch-rivals that losing is just not an option for the players from either side. There is never a dearth of drama and action when the two neighbours meet. This drama sometimes escalates to sledging and heated arguments.

Sehwag and Shoaib Akhtar:  In a world cup match in the year 2003, Akhtar was continuously bowling bouncers to Sehwag and was forcing him to play the pull shot, a shot that is the biggest weakness of Sehwag. Then Sehwag asked Akhtar to bowl a short ball to Sachin. The little master straightaway dispatched the short bowl towards the boundary that went for a six. After that six Viru went up to Akhtar and said “Baap Baap Hota hai and Beta Beta”.

Gautam Gambhir and Shahid Afridi: It was one of the biggest cricket fights during an India-Pakistan match in 2007. Afridi was bowling to Gambhir. Gambhir smashed him for a four and immediately exchanged a few words with him. On the next ball, Gambhir played the ball down the ground and on his way to a single, ran into Afridi. The collision led to an ugly argument and the play only resumed after the intervention of the on-field umpires.

Harbhajan Singh and Shoaib Akhtar: The incident took place during the 4th match of Asia Cup in 2010. India needed 7 runs off seven balls and after finishing his over with a dot ball Akhtar went to tease Harbhajan which led to an ugly fight. The batsman slammed Mohammad Aamir for a six in the last over to lead India to victory.

Gautam Gambhir and Kamran Akmal: Pakistani wicket-keeper Kamran Akmal kept on making unsuccessful appeals while Gambhir was batting and Gambhir decided to confront him. The ugly spat broke out during the drinks break. Gambhir charged towards Akmal for his unsporting behaviour. Things got heated and skipper MS Dhoni had to intervene and pull Gambhir away to diffuse the tension.

Well, during a match between India and Pakistan, there is no short of drama. 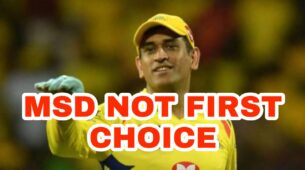 In Video: Take A Tour Of Harbhajan Singh's House 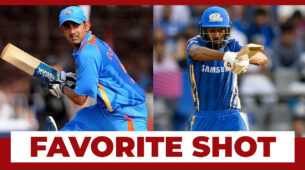