Check out Hardik Pandya and Kieron Pollard’s bromance that is really adorable! There have been many incidents in the history of cricket that will be remembered forever. It can be any record-breaking performance or, any remarkable moment or sometimes some amazing friendships that have been built upon the field. It is really important to have an understanding among teammates. But, sometimes the bonds between the teammates get enriched and turned into an adorable brother-like bond. It has been quite common among the teammates of the same national team. But, the Indian Premier League (IPL) has also brought up some brotherly bonds between the two players of the different national teams, that will make you stunned. One of them is the bromance between Hardik Pandya and Kieron Pollard.

Both Hardik Pandya, the Indian cricketer, and Kieron Pollard, the Caribbean cricketer are really great all-rounders. Both share similar skills on the field, from being a great middle-order batsman to an outstanding fielder. Hardik Pandya and Kieron Pollard have been caught doing bromance on the field. The brotherly bond has played from the Indian Premier League (IPL) team named Mumbai Indians (MI). From batting partnership to doing bromance, they have nailed them all. Hardik and Kieron have also been seen hanging out and supporting each other too. They are really close to each other and have got each other’s back.

Some are really jealous of their both on-field and off-field bromance too. But fans do love and admire them and their bond. 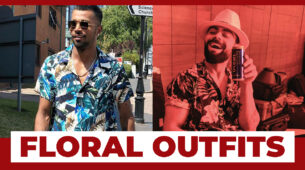