Rohit Sharma, the Indian cricketer, and the vice-captain of the Indian cricket team is one of the top batsmen of the squad. He has made everyone amazed by his sheer power in the field. Rohit Sharma has also done a brilliant job in the Indian Premier League (IPL) as the captain of Mumbai Indians (MI) and made them win four times with his abilities. The player has done wonders at the International level as well. He has got a number of world-class records, that are just unbelievable.

Rohit Sharma has made the 2007 T20 World Cup worth remarkable with his knocks. The match took place against Pakistan in the Wanderers Stadium, Johannesburg, on 24 September 2007. It was Rohit Sharma who made 30 runs in 16 balls in that match. It was he who finished the match greatly. India won that match against Pakistan with a 157/5 score in total. The memorable knock will be remembered by many. Rohit Sharma has made everyone’s tongue-tied with his performance in this match. He endured not out till the finish and helped the team to win.

There have been more such occasions when Rohit Sharma made everyone amazed by his knowledge. But his performance in the 2007 T20 World Cup is unforgettable. Many of the fans have remembered that moment too. Rohit Sharma was also praised by many for his brilliance on the field. 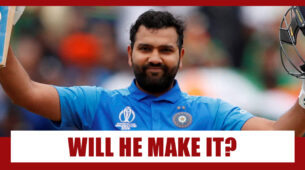