Bigg Boss 13 contestant Arti Singh has been one of the only contestants in the house who has not only played a clean & fair game on the show but has also maintained a dignified and mature personality throughout, which she has been highly praised for!

While Arti’s fans and well-wishers have been loving her game inside the house, a lot of her family and close friends from the outside have also been very appreciative of how she has conducted herself in the house throughout the season.

One of them being Arti’s Jigar Ka Tukda and closest friends’s who is Actor Karan Singh Grover.

Karan has from day 1 been in full support of Arti on the show, and even now feels that she is one of the only contestants who has played the game with her heart!

Speaking about Arti’s personality on the show, Karan shares,” Arti is doing very well for herself on the show. She is someone who has always played with her heart and let alone in the Bigg Boss house, but to even be like that in the real is a tough thing to do! So to all those who have been watching her throughout, I am sure you would all know that she has just been herself and not done anything like the others have been doing.” 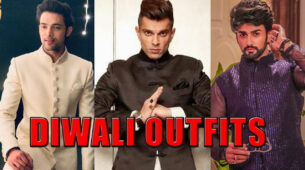