Veteran film and TV actor, Amita Nangia, who was part of the principal cast of Tara, while fully supporting Vinta Nanda in her on-going sexual assault battle with Alok Nath, feels it would have been better had she spoken out before.

“Even the entire alleged Navneet Nishan groping incident should have been taken to its logical conclusion then. But I guess back then, we women and media (it had been reported back then as well) were not powerful enough to take on the alleged perpetrators. I wonder why other men are silent. Why do they fear taking on their own ilk?” said she in an exclusive chat with IWMBuzz.com.

She also clarified that while she was not witness to the alleged rape, she has seen the nasty alcoholic side of Alok Nath, having worked with him in two projects.“Often, he would hit the bottle early in the morning, and by evening, would start abusing, being completely sloshed. But let me add, he was quite professional with me; but we hardly had any scenes together.”

She added: “Once, he was offloaded from a Dubai flight, for slapping the captain. The entire unit had to wait 24hrsfor the next flight,”recounted Amita, who is currently preparing for the Ram Leela show in Delhi.

When asked about Vinta’s accusations that Tara was subsequently quickly taken off air, post leap, Amita, who was last seen on TV in Kaal Bhairav Rahasya, said, “Well-known film director, Chandraprakash Dwivedi, who then was part of Zee (business head), not only yanked off Tara, but a couple of other Vinta Nanda-Raman Kumar produced shows as well. I don’t know the real reason for the action– was it because he had an issue with the producers or because he was Alok Nath’s friend. All said and done, the bad wishes of the cast and crew who were affected seem to have worked against Chandraprakash Dwivedi, for he did not last long at Zee.”

In closing, she said “I hope this #MeToomovement grows, for it can empower and protect other women from getting molested on set.”

To get all sides of the story, we reached out to Zee TV spokesperson and Chandraprakash Dwivedi, but none reverted to our query till the time of putting the article to bed. 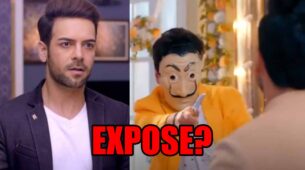