Naamkarann fame Aditi Rathore just completed 5 years in telly town. We look back on the incredible journey of the actress. TV actress Aditi Rathore recently completed 5 years in the Indian Television Industry. Her achievement was celebrated by her die-hard fans with a twitter trend – #5SaalAditiRathore dedicated to her on the day.

The gorgeous actress shot to fame with her popular TV serial Naamkarann. The show became an instant hit with the audience for its unique storyline focusing on the struggles of an illegitimate child who is shunned by the society for no fault of her own. Aditi was much praised for her portrayal of Avni, a strong and independent woman who fights against society prejudices. Her acting chops shone brilliantly throughout the entirety of the show. She made us believe in Avni and we rooted for her too.

Born and brought up in Bikaner, Rajasthan, Aditi grew up in a Marwari family and completed her studies in the city itself. It was not long before the acting bug bit her and she landed in Mumbai to pursue her dreams. Though many of us know Aditi through Naamkarann, she has previously been a part of two popular TV serials. In 2014, Aditi made her debut in Zee TV’s Kumkum Bhagya playing the role of Rachna Mehra. Although she was only playing a supporting character, Aditi was recognized for her acting skills and strong screen presence.

After her 2 year stint in Kumkum Bhagya, Aditi went on to play a paralled lead role of Preeti Malhotra in Sony TV’s Ek Duje Ki Vaaste in 2016.

Finally in 2017, Aditi struck gold with Naamkarann which made her a househole name and won her many accolades. Her pairing with co-star Zain Imam, who played the character of Neil Khanna turned out to be the USP of the show. 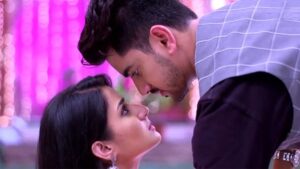 Avni and Neil or as their fans like to call them AvNeil, were in the spotlight for their sizzling chemistry on screen and the viewers certainly appreciated it.

Aditi also set some serious fashion goals with her sartorial choices that she sported in the show. And although the show ended last year, Aditi’s popularity hasn’t diminished one bit and it won’t any time soon looking at her solid fan base.

Undoubtedly, Aditi Rathore is one of the best actresses in town and we cannot wait for what she has in store for us next! 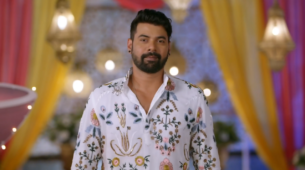