Television’s new entrant Ashi Singh, who is enthralling audience as Naina in Sony TV’s Yeh Un Dinon Ki Baat Hai, feels lucky to be part of the show based on the simple era of the 1990s.

“I always wanted to become an actress. I was really excited when I was offered the show. I blessed to be a lead face of such a simple and unique series. There is no heavy costume, no heavy make-up. This simplicity is what I love the most. It is a love story and I am able to depict those emotions which I have never faced in real life. I am happy that audience is appreciating my performance,” shares the actress.

Talking about similarities between her reel-real life personality, she avers, “I was very simple and geek, 2-3 years ago. However, now I have changed a bit. I am a family person like Naina. The only difference is that Naina my character does not take stand. In real life, if I don’t agree with any family member I speak up and share my thoughts too.”

When asked one thing she likes and dislikes about the current era, she says, “One thing I like is that now women are self-independent. What I am able to do or allowed to do now, was really difficult for women in 90s. I feel there is more freedom for women. One thing I don’t like is that today’s generation lacks communication. There is a huge gap because we are more into social media.” 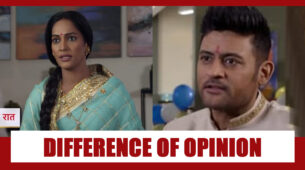