Mudit Nayar of Ishaaron Ishaaron Mein talks about his new passion for playing the sport football. Ishaaron Ishaaron Mein, a clutter-breaking show on Sony Entertainment Television which has been lauded for its conceptual content of a hearing-and-speech impaired Yogi, has been showing some very interesting twists and turns in the story, keeping the audience hooked.

In the current track, we see that Srivastava family has found a way to get Gunjan’s voice back but the operation is too out of budget. Yogi is head over heels in love with her and he is leaving no stone unturned to be able to accumulate the amount for his wife’s operation. From dancing in baarat to becoming a real estate agent, he is doing every odd job to put together the money.

In the upcoming track, the audience will witness Yogi playing a football match so that he can get the money he needs for Gunjan’s operation. He has been an outstanding footballer of his area and he will put all his energy to be a part of the team and win the trophy and winner prize.

Sharing his experience Mudit Nayar aka Yogi said, “I was never a sports guy. Outdoor sports never attracted me and I used to stay at home most of the times. When I got to know before being a part of the show that Yogi is a great football player, I was a little sceptical as I had never played football. Later, when I took training and spent some time practising I started enjoying the game. We even play football, badminton during breaks on the sets.”

It will be interesting to see if Yogi’s effort will bear good results and whether he will be able to collect the money required for Gunjan’s operation or not. 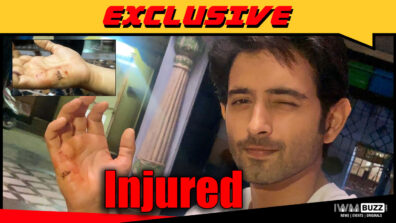