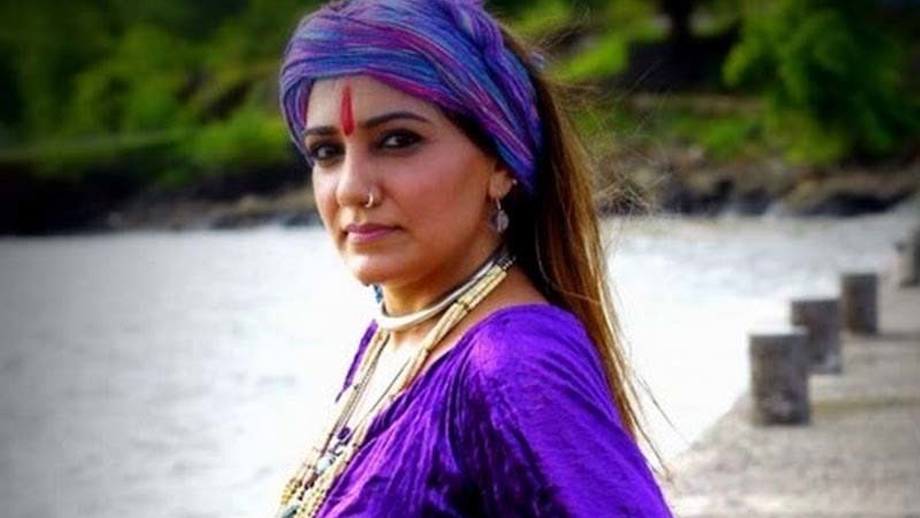 Sshivani Durga, the God Woman got into the Bigg Boss house with a mission to spread awareness that not all Swamis and Swaminis are corrupt. A woman with lot of learnings, Sshivani found her experience of being part of Colors’ Bigg Boss 11 as a fantastic one, a journey that came with a lot of learning.

In an exclusive conversation with IndianWikiMedia.com, Sshivani said, “People tend to dream but not all dreams come true. But for me, my dream came true and I got to meet Salman Khan on as big a platform as Bigg Boss. In the time I got to spend inside the house, I tried my best to spread my message.”

Sshivani accepted that the fights inside the house disturbed her. “I did not expect the fights to happen from Week 1. I am a calm person by nature, but it does not mean that I will take the wrong deeds lying down.”

The Swamini expressed her sorrow at not getting enough time to do what she went in to do. “I am not at all satisfied as I had very less time in hand. Above all, I don’t know what was shown to all about me. With what I have gathered till now from people I have talked to, very less of me was shown on TV. But that’s ok. If I get another opportunity, I will try to spread more messages. However, the family with whom I stayed inside, have got my message, and hopefully, they spread it even more.”

Coming to the shocking aspects that she observed in the house, Sshivani listed them out. “Firstly, I never expected Hina Khan to be like this. I thought her to be different. She’s a confused soul and I never expected it from her. Shilpa too behaved quite shockingly; I never thoughts she’s like this. However, it is accepted that the situations inside the house force a person to behave in that way, and hence such changes.”

Naming the contestants who appeared very disconnected from the house, Sshivani stated, “They have to be Jyoti and Sapna. Sapna was in her own world all the time. And for Jyoti, she liked to mingle with celebrities all the time.”

When asked if she felt overpowered by the celebrity gang in the house at any time, she justified, “Never!! Celebrities never neglected nor ignored me. All of them respected me; heard me out and even tried to understand me. I can never say that I felt uncomfortable between them.”

Sshivani though quite learned, brought back few new learnings. “I learned from my stay in the Bigg Boss house that we can very well live without any gadgets (laughs). I learned to be more patient and tolerant. Yes, I have these attributes in me, but I got to know that the more you have of these attributes, the more successful you are in life.”

Speaking about the one moment that she would want to forget, she averred, “I screamed a lot inside the house. Yes, true that I reacted to something bad happening, but I feel guilty of having screamed.”

Talking about Vikas Gupta and his behaviour in the house, Sshivani categorized him as, “Very loud. He’s a changing personality, very manipulative and bossy. What can be done? It is his nature. And I don’t like his nature.”

More, on the Vikas- Hina fight, she quipped, “Hina’s expectations of becoming a captain broke, and that was when she got really wild. Hina got angry when I opened it out about her captaincy views. She feared that her real image would come out. As I said, she is very much confused out there. Vikas yelled a lot, and I was the one who stopped him and brought him under control.”

On Hina claiming that Sshivani hypnotized Shilpa, Sshivani laughed it over and said, “I have not done anything of that sort. I was a normal human being inside the house; I washed utensils, cooked food and cleaned toilets. Actually, I was staring at Shilpa as she was staring at me. People around felt that I was hypnotizing her. There was nothing in it.”

Furthermore, talking about Shilpa, Sshivani said, “She was initially very busy with her fights with Vikas. In the last few days, we had few talks; she asked me questions and I answered them. We talked on spiritual grounds too. She’s a good actor, but as a person I feel she’s crossed all limits. She was very inhuman in her comments to Zubair. She provoked Vikas to do whatever he did. I did not like all this coming from Shilpa.”

Finally, before ending the conversation with us, Sshivani talked about everyone’s chances of winning Bigg Boss. “Hiten’s playing it very well; he’s at peace, grounded. He has a huge chance of winning it. However, lot depends on the kind of wild card entries that get in now. Hina can play well if she uses her mind. Shilpa, I cannot say anything as she switches from pillar to post in her thoughts. Vikas is very bossy; I can only say that he is harmful for others. Puneesh is faking it up a lot. He’s not what he appears to be. Akash is another genuine person in the house apart from Hiten. Akash is bothered about doing what he wants, and that’s good. I never accept of what Arshi is doing in the house.”

Lastly, when we asked her about the reason for her going out so early in the competition, Sshivani shared, “Well, I had the weakest vote banking. People expected me to fight in the house and create noise. I never wanted to get into the limelight for my fights.”