Ishita Ganguly, whose last &TV fantasy show, Vikram Betaal Ki Rahasya Gatha, is about to wrap up, has much to look forward to, in the latter part of this year.

“First my mythology show Shrimad Bhagvad will start airing from 2nd June. Then I have my debut Hindi film as lead.”

“Having done historical (Peshwa Bajirao) and fantasy (Prithvi Vallabh and Vikram Betaal) before, this was my first mytho outing. It was fun, but yes, the action sequences involving Kali Maa were indeed a challenge.”

“Interestingly, I was shooting for both Vikram Betaal and Srimad Bhagvad at the same time, so it was quite hectic. But I am thankful to both the production houses for successfully juggling my dates.”

“We have wrapped up the shoot of Shrimad Bhagvad. Normally this does not happen on TV where you shoot and telecast in the same week. Our project was a bit delayed, but we are happy that finally our labour of love will be out. We all have worked very hard, paying attention to minute details.”

She is quite happy with the Sunday morning slot. “We will have less competition. Plus Sunday has been a happy hunting ground for similar genre yesteryear shows like Ramayan and Mahabharata back in the day.”

She refused to comment on her look, saying, “Why don’t you watch it for yourself. We have different types of costumes for each of the above goddesses. So I had a whale of a time trying out different types of saree materials and drapes.”

Shifting gears to her upcoming Bollywood project, she says, “Thriller film Rescue, having a majority of theatre artists, is now in post-production. I have a great character whose layers unravel as the story picks pace.”

When asked as to what went wrong with Vikram, she says, “Despite IPL hitting our numbers, the time spent kept going up. Eventually, it was the decision of the channel and the PH (Peninsula Pictures) to shut shop. I enjoyed my bit with the entire cast, including Aaham Sharma, Romanch Mehta, Sooraj Thapar, etc.”

“Although the show was primarily about Vikram and Betaal, I still managed to stand out, for my fans would message me when I was not seen. My work was also appreciated.”

Ishita is happy with her journey so far, which began with Shastri Sisters. “Then I did a cameo in Tu Mera Hero, followed by a negative character in Ishq Ka Rang Safed.The game finally changed with Peshwa Bajirao, where I got noticed as Kashi Bai.”

In closing, like all TV actors, Ishita too wants to explore web. “I am doing a couple of short films. I am open to web series as well, but too much bold will not interest me.” RadhaKrishn's Draupadi is like a birthday gift for me: Ishita Ganguly 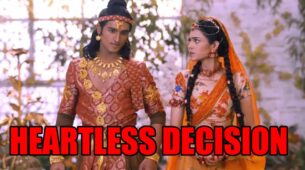 [In Pictures] Radhakrishn: ‘Swayamvar’ of Draupadi