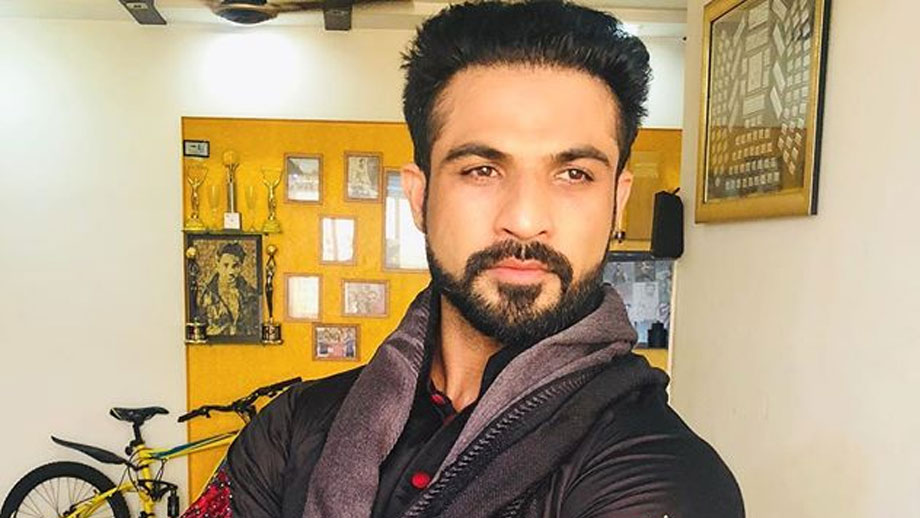 Mohammad Nazim is quite satisfied with his negative character in Colors show, Roop – Mard Ka Naya Swaroop. “It has been a couple of months. I am enjoying playing someone who is a wolf in sheep’s clothing. Samru Singh Vaghela acts all good, yet has dirty intentions. Having said that, he is doing what he is, to settle scores for his brother’s death.”

Mohammad, who started his career with Shaurya Aur Suhani, has a very close relationship with Roop’s production house, Rashmi Sharma Telefilms, having worked for seven years in their iconic STAR Plus show, Saath Nibhaana Saathiya, as Aham and Jaggi.

“That project will forever remain in my heart, for it has made me who I am. Heartfelt thanks to Rashmi mam and Pawan sir for giving me one more chance and trusting me with this interesting character.”

Mohammad has no qualms in playing negative after being a main lead. “Even Shah Rukh Khan, and now Akshay Kumar, have essayed villains. Now at my current career stage, I am more concerned about what my character is doing. And to be honest, playing negative is far better as it offers different emotions and mannerisms, like when I put my finger on my eye in Roop, it is loved by the audiences.”

He continues: “Few get a chance to play an antagonist, for you need to be able to bring out the meanness on screen, which is not a cake walk. A true artist must have the calibre to match a wide range of characters.”

Prior to Roop, he played a baddie in Udaan as well. “Back then also, doubting Thomases had wondered whether I had erred in changing my genre, but it was well received by one and all.”

Asked as to what keeps him going, he says, “Good-natured behavior pays off in the long run. I am equally courteous with my spot boys as well as with my producer and director. It is my personal opinion that on becoming a star, you should not insist only on good pay per day; rather, you should be ready to adjust a tad if the character is juicy enough. Certainly put conditions on the table, but not in a manner that rubs people the wrong way.”

Good advice bro! Wish you all the best for your career.