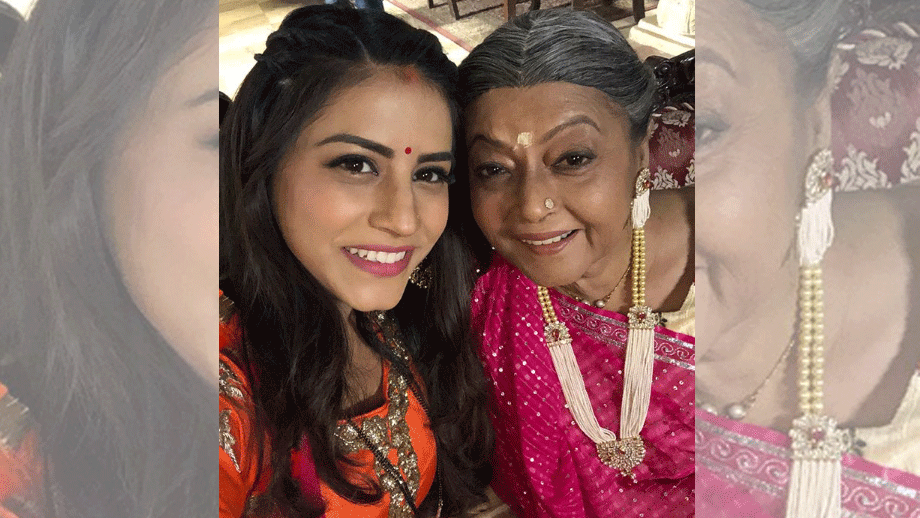 Bhumika Gurang, and the entire unit of Star Bharat show, Nimki Mukhiya, feels that they have lost a family member,on the unfortunate death of veteran actress, Rita Bhaduri.

“She was unwell for a while and had been on dialysis, which was sucking away her life. Everyone looked up to her,and at a certain level, were even scared of her, given her past body of work,” says Bhumika, who played Rita’s grand-daughter, Nimki, in the above Zama Habib production.

“Ritaji was a very sweet lady.I first met herduring the readings. Unlike others, shewas very warm right from day one, always talking about her past days. She would also laugh at my jokes. She would never say anything, and was always game for any fun activities.”

Any fun moment with her, which you can share? “Well, there were several. I still remember the last song we had shot. It was an old Hindisong and she would give me her inputs. I have shared a link of thesame on my Instagram account.”

In closing, she refused to comment on the problems of alcoholism, which have pervaded the industry. There were reports which suggested that drinking might have contributed to Ritaji’s kidney problems.

“I don’t know about that and will not want to comment. All I want to say is I feel blessed to have worked with her. I really loved her and am going to miss her. To be honest, we never thought that she will go, for, she was real fighter.”