Saurish Athwal who is playing Kalasur in Qayamat Ki Raat is happy that destiny gave him a second chance with the role. 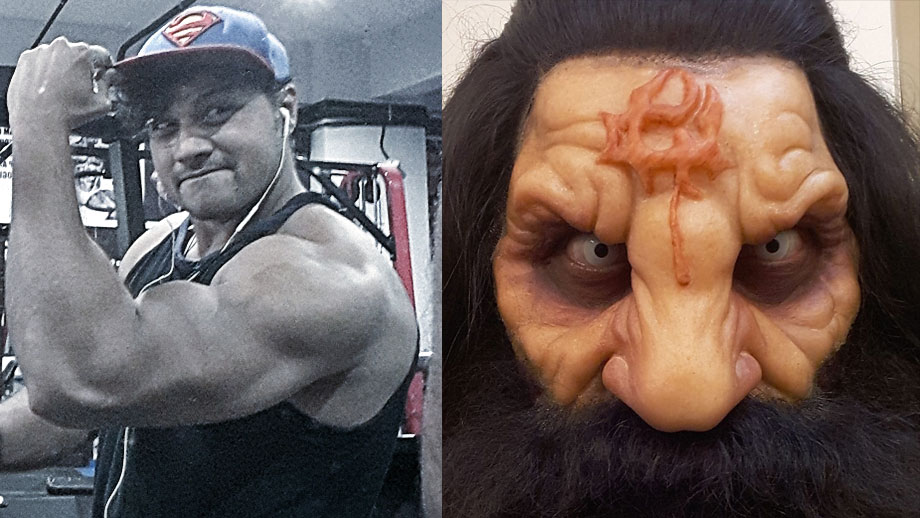 Saurish Athwal is one lucky actor. Normally, if you let go of a show, you don’t get a second chance with the same project. “I was first selected to play the lead negative role in Star Plus show, Qayamat Ki Raat, but could not do it due to prior commitment.”

“Subsequently, Nirbhay Wadhwa replaced me as Kalasur, as he was also quite tall and well-built. I was obviously not too happy about losing a chance to work with Balaji family and silently hoped to be given a second chance.”

“No wonder, I was pleasantly surprised when Balaji again offered me Kalasur’s role saying that Nirbhay was being replaced due to tantrums and other issues. Their main issue was whether I would be able to take the strain of the prosthetic makeup. Few other actors had not been able to take the strain and had opted out. Although, being aware that it won’t be easy, I said yes, for it was no mean task to be part of such a popular show; and the icing on the cake was that my character is the pivot of the show. In a way, what also helped was that having done Balveer, which also had prosthetics, I knew what I was getting into.”

“Also, Balaji is giving me a good pay package and doing everything in their power to make me comfortable, as I have to wear the prosthetic makeup during the entire shooting time. During this period, I can’t even eat solid foods but have to survive on juice; hence they make sure that I fill my tummy before applying the makeup,” says Saurish, who was also a part of 21 Sarfarosh – Saragarhi 1897.

Saurish credits the success of the show (one of the top rankers on the channel) to the horrible-looking makeup. “I am sure you must have not seen a worse-looking demon on desi TV. The toughest challenge is that I can’t use my face much to emote, due to the makeup, hence have to effectively use body language to justify what my character is saying or doing on screen.”

Interestingly, although Kalasur is a negative character, Saurish informs us that many times, kids want to ape him in games and win. “It feels nice that your character has become so popular. Yet, forget kids, even teenagers get scared to click pictures with me.”