Tina Philip who plays the role of Rani in Ek Bhram Sarvagun Sampanna is being ridiculed by fans for her negative role in the show and the actress gets talking. Tina Philip the beautiful actress is presently enjoying showcasing her versatility as actress with the obsessively negative role of Rani in Ek Bhram Sarvagun Sampanna on Star Plus.

The show produced by Dipti Kalwani will end on 20 September.

Rani who was shown to be hand in hand in the bad deeds of her elder sister Pooja (Shrenu Parikh) earlier, is now totally against her sister who has reformed and turned positive.

However, Rani has not been able to come to terms with Pooja’s changed behaviour. She now spells venom on her and also on Kabir’s family.

Tina has been enacting her negative avatar to the ‘T’. Her scenes being her evil self are coming out really well.

But the actress has been getting hate messages which are really down the belt abusive and harsh.

At times, the fans forget to understand that real difference between the reel and real life, and put the actors to lot of humiliation by trolling them and abusing them for their baddie on-screen avatar.

And Tina is now facing the music.

Says Tina, “This is not the first time I am getting hate messages and mails. Earlier I used to simply ignore them and concentrate on my job as an actor. But now, it is getting a bit too much. As the build up to planning my sister’s death is getting closer which will be the climax of the show, hate messages are increasing day by day. And some of the words used by some fans are very hurtful and in bad taste that I can’t even mention it to you.”

Taking the fans’ concern of being the woman responsible for problems in the lives of Kabir (Zain Imam) and Pooja (Shrenu Parikh) in her own stride, Tina states, “I do understand that some fans are sensitive and get so connected to the show that they forget that we are just actors dooing our job. I would also like to thank my fans who have encouraged me and supported me right from playing a simple innocent girl like Aastha in Ek Aashta Aisi Bhee to this cunning and evil girl Rani in Ek Bhram Sarvagun Sampanna.”

Tina, seems like your good work is being noticed!! 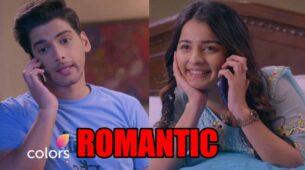