My theatre experience has taught me that the best way to act is to simply react to situations and conversations: Aditi Deshpande
Subscribe Now
Television | Celebrities

Aditi Deshpande who is playing the effervescent role of the mother in Sony TV’s Maayke Chali Jaungi Tum Dekhte Rahiyo gets into an exclusive conversation with IWMBuzz.com 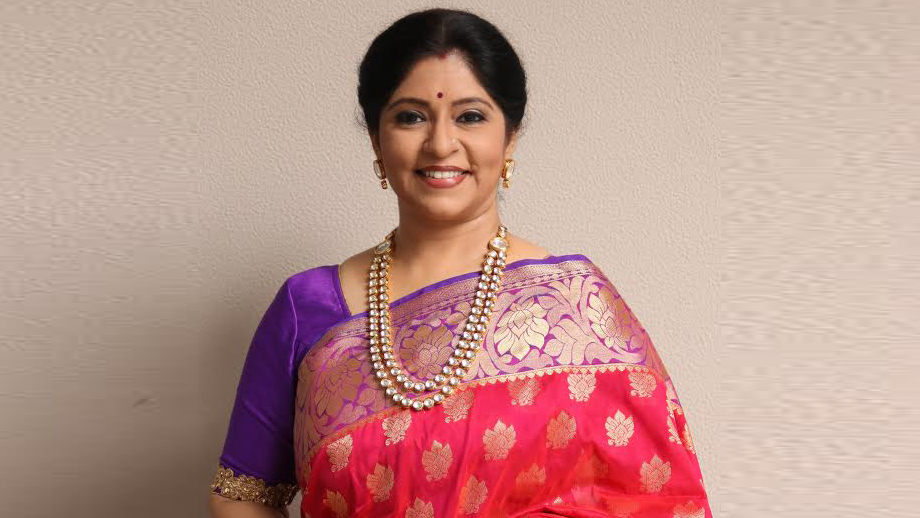 Aditi Deshpande who has won the National Award for her portrayal in a Marathi film is playing the ever-loving and happy-go-lucky mother Rama in Sony TV’s Main Maayke Chali Jaungi Tum Dekhte Rahiyo produced by Dheeraj Sarna.

Pitted opposite the other amazing actress in the show Neelu Vaghela, Aditi is enjoying playing her part as the lead boy’s mother.

Says Aditi, “People are giving reactions that this is a very different show wherein for a change the mother-in-law is not bitchy. It has been a very enjoyable journey. You can say that I am now practically waiting for my real bahu to come (laughs). I am so prepared for this now. The previous show that I was doing, Rishta Likhenge Hum Naya had the Kaki Maasa having a greyish shade. To play something now which is absolutely positive is nice. It was a tough ask to play this natural and real character as people need to get convinced that she is very nice. There is always a lot of scope to perform in an author-backed negative role. But this kind of a role which is very natural and easy is difficult to perform. I have been doing theatre for the past 30 years. I am from theatre basically. I have learnt from my theatre experience to not to act but to react to the situations you are put into.”

Aditi Deshpande who is the daughter-in-law of veteran actress Sulbha Deshpande talks about her real life experiences stating, “My mother is just like Rama and she has given full freedom to my sister-in-law. She is never a demanding mother-in-law. Coming to my mother-in-law, the veteran actress Sulbha Deshpande, she gave me the full freedom to do what I wanted to do. I gained more confidence and took up more responsibilities in the house due to this freedom given to me. This is what is missing these days. The moment the girl is married and comes to her husband’s house, expectations increase. From day one, a lot is expected from the girl. We don’t really understand that the boy and his family are staying in the same house; there is no major change in their life except for the fact that there is a new addition in the family. But for the girl, the entire ambience and the first circle of family changes. She has to be given time to get adjusted. The time is the key factor. Also, the family members also need to adjust to the girl’s lifestyle. In the same way, Rama is of the opinion that one can adjust to sort out things, but never compromise on any thing. Adjustment is a part of our life till the point where our individuality remains. That is what Rama says.”

Ask her if she has encountered such a mother of a girl who intervenes and interferes like Satya Devi and she states, “It does happen. When I started doing this role, I came across many people who told me that they have seen such characters. Interference beyond a point gets tough on the girl. We need to allow the girl to take her calls and run her life. People come forward and talk about their similar issues now on seeing this concept on TV.”

Aditi who has a 20 years old son tells us that, “Even when my son gets married, I will give them the first choice to stay separately. A girl would want to enjoy the small things of making her home. Beyond this, if they want to stay with us, they are always welcome.”

Aditi shares a great motherly bond with actor Namish Taneja. “My equation with Namish is absolutely like mother and son. He sleeps on my shoulder at times. We are like a family. He keeps telling me that his mother will get jealous at the way he treats me as mother on set (smiles). This bonding is what makes our shoot life enjoyable.”

Talking about the Producer and Writer Dheeraj Sarna, Aditi shares, “When I was in talks for the role of Rama, the Producer did not know of me and had never seen my work. He was very sceptical in casting me as this character was so very important to fall in place for the show to work. Now when he sees me and my work as Rama, he is very happy at the reactions coming in.”

Way to go, Aditi!! Wish you a great time playing this role!! 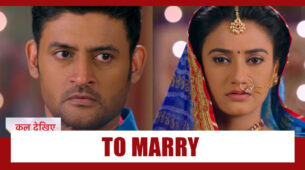