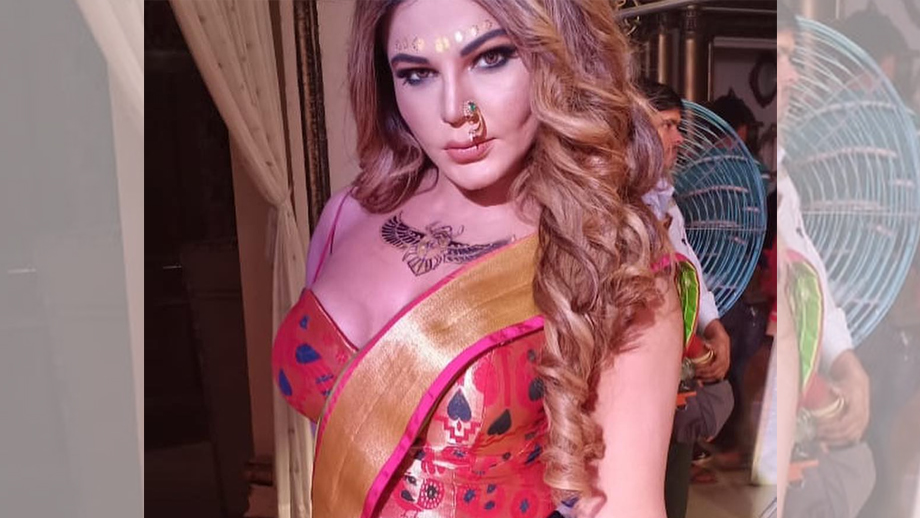 Item girl Rakhi Sawant is making her TV debut as a sexy daayan in the Zee TV supernatural show, Manmohini.

“It feels good to be back to TV, from where I first began.” Rakhi originally gained name and fame courtesy TV reality shows (Bigg Boss, Rakhi Ka Swayamwar and Zara Nachke Dikha  2).

Talking about her character, Rakhi says, “Sakhua is a 1000-year-old Marathi chudail, who the lead Rajasthani witch antagonist Mohini (Reyhna Pandit) turns to for help in her endeavour to get her love, Ram (Ankit Siwach). The best part is that we will also focus on the different regional daayan traits and facets. India has a rich and diverse folklore, stretching to the paranormal space as well. Between the two chudails, who is more powerful? Only time will tell,” she adds.

“The best part is that today daayans don’t look horrible. You will see me in a never-before avatar. Though hot daayans already rule the TV roost, providing much-needed TRPs, I will set higher benchmarks and henceforth be called the Katrina Kaif of the daayan/chudail TV world. My funny character will dance (have four or five songs) and mouth all kinds of interesting dialogues. I don’t think such a role has been written before.”

Rakhi did not specify whether her track will be a cameo or a long-running one. She also does not rule out more tube fiction outings, “As unlike daily horror stories, the shooting process here is going smooth and LSD producers are good people to work with. I am loving my costumes and makeup as well.”

In closing, we ask Rakhi about Tanushree Dutta, with whom she had a running #MeToo battle. “Well, as you know, I drove her back to the States. No matter how much you fib, she forgets that she has to face me.”

So what about the cross court cases you guys had filed against each other? “Given the present scenario, with her not around, I might as well withdraw mine, for otherwise it will drag on for years in her absence, and I don’t think she will ever return.”

“It was sad that Tanushree pulled all these stunts to get free publicity. Does she not understand the damage she has caused to the #MeToo cause? Hope the media also calls her bluff.”