Ruhi Chaturvedi who essays the role of Sherlyn in Kundali Bhagya gets into a conversation with IWMBuzz.com. Read it here. Ruhi Chaturvedi has emphatically taken the hate messages that she gets for her negative persona of Sherlyn in Zee TV’s popular show Kundali Bhagya in her stride.

On the growth of her character, Ruhi Chaturvedi states, “As you know, this is my first show on TV. I was pretty raw as an actor when I came in. As a character too, she was earlier very scared of Karan. But now there have been scenes where she has said things on the face of Karan.”

Ruhi who has been a model for most of the time had scary moments when she started shoot for Kundali Bhagya. “On day one, I simply could not walk during my entry scene. It was scary for me being a model. But now, I am getting better as an actor. I have been with the show for almost two years now. It has been a good growth. I had nothing before this, and Kundali Bhagya has given me everything that I have today.”

“All the actors on Kundali Bhagya are so good. When I have heavier scenes with Shraddha Arya, she will give her inputs. Even Supriya ji helped me a lot in the heavy scenes that we had. There is too much fun working with all these actors. I come with huge excitement everyday on the set. And that’s the amazing part.”

Ruhi Chaturvedi considers that her career growth is because of the inputs given by Director Neeraj Baliyan. “He is a perfectionist and he has converted me from being a raw girl to an actress. And recently when I got praised by him for a scene, the feeling was awesome.”

Ask Ruhi whether she is ever perturbed over not getting a next positive character after playing this big an evil role and she avers, “Whatever I have heard from people, it is indeed tough to break the shackles of an image created. But I believe that everything depends on me. When I get into a new show and get an opportunity, I will have to prove my mettle. I am a person who has got everything because of this character. So I will never regret playing Sherlyn. Whatever is in my destiny will come to me. There has been a SRK who did Darr. I feel a negative character is tough to perform when compared to doing a positive role. So I will test the new waters of playing a positive role when it comes to me.” 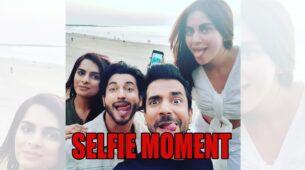 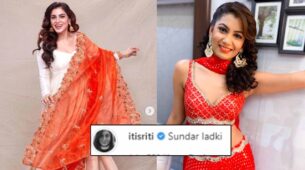