Pranav Sahay talks about his role and experience of shooting for the big-ticket show, Porus!! Actor Pranav Sahay looks forward to the launch of the big-ticket show of Swastik Productions, Porus on Sony TV and eagerly waits for the blossoming of his character in the show.

Pranav will play the role of Samar Singh, the General of Paurav Rashtra army. His character is very much symbolic of death and destruction; and the man is totally dedicated to Amatya Shivdut (Aman Dhaliwal), who is elder brother to Porus’ father (Aditya Redij).

Says Pranav, “My character is always ready for any consequence and always available for his Amatya’s safety. All the planning and plotting done by Shivdut for the betterment of the kingdom will be executed by me.”

The look given to Pranav is rough and tough, as it requires lot of action sequences and horse riding. Talking about his look, the actor states, “To give an edge to my look I am also having a tattoo on my left hand arm, which is really cool. I am really fond of tattoos and this tattoo on my hand makes me happy. I also increased my muscle mass for this character as the character requires it and I am always ready to put in my best efforts to make the character as real as possible.”

The entire cast of the show underwent special martial arts training back in Bangkok under famous Hollywood and Bollywood action director Mr.Nung. Talking about this experience, Pranav avers, “He is the most humble and sweetest person I have ever met. He is so much talented in his work. I have been connected to martial arts in real life, and it was real fun for me to do those action sequences full-heartedly.”

He adds on, “Talking about our character preparation, we did lots of acting workshops to work on our accent, pronunciation, body language, expressions, mood etc which the character requires.We also had special horse riding training, for this is a story of 350 B.C. where  people of that era used to travel mainly through ships or through horses. I also trained myself in sword fighting as I have many sword fighting sequences in the show. It was very difficult to fight with those swords as they were real ones and very heavy, but at the end of the day, this is what makes an impact in the minds of viewers.”

Talking about the hardships faced during shoot, the actor mentions, “It was really difficult for us to shoot the action sequences and horse riding sequences. We had to adjust to a series of varied climatic conditions; we have been injured, been unwell through shots, vomited due to heat strokes and many more difficulties back in Bangkok as we shot at the centre of the sea facing high tides, and those no network islands. But we did all of this for the audience to know that the unfolded chapters of Porus and Alexander contains lot untold stories which haven’t been known to anyone. So if I say that this show is our blood and sweat, it won’t be wrong as we have really flown our own blood and sweat in this show.”

Before signing off, he states, “I just want to conclude saying that I hope viewers will surely love Porus as it contains all the drama, action, larger than life sets and lots of creativity that you have never seen on Indian television.” 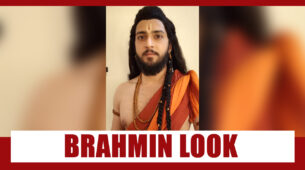 Shaheer Sheikh is BACK in his much-loved avatar, Check here