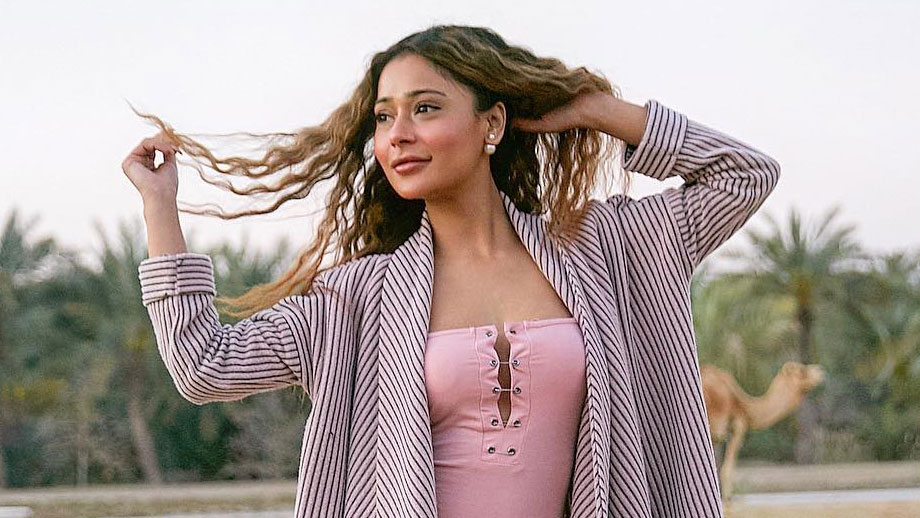 “It is always a challenge to do something new for the first time, I still remember it took me 50 takes to get my first Bidaai (debut show) shot right. I was terrified sharing screen space with veteran actor like Alok Nath.”

“While now I have  mastered  the craft  and ability  to speak to the camera, yet  each genre has its own challenges,  it took me  a around a month  to full grasp the mytho elements complete with ornament  language  and heavy- duty  costumes,” says  Sara who was last seen in  Zee TV show Woh Apna Sa.

Her other known projects over the years include Preet Se Bandhi Ye Dori Ram Milaayi Jodi and Sasural Simar Ka, among others.

“The best part of our Vedraj Production is that not many  know the story of  Kali who wanted to bring his yug before time, so  it is new thing as opposed to more  told before mytho tales.”

Coming to her character she says, “I just love Mrityu.  This sexy babe is totally devoted and in love with Kali.  I like working with Raviz Thakur, for he is a great actor. No wants to die yet meet Mrityu,” adds Sara with a smile about her character.

The show is shot a lot in chroma technology? “Yes, it is interesting for you need to imagine a lot of background action. However, it is not some much of cumbersome for actors as the real hard work only starts at the edit table adding the VFX bit. The show furthermore gives me enough flexibility to take up other web related work.”

Point out that ratings are not that great and she says, “It is too early to take a call, I am sure we will soon rise.   Mytho genre has its own dedicated set of audiences.”

In closing, when we ask about her boyfriend Paras Chhabra on-going Bigg Boss journey, Sara says, “I just wish him all the best.  Bigg Boss is one great show, where no amount of plotting and putting up false masks works. What you see is for real.”  Sara herself was part of Bigg Boss 8.

When we ask about quick time equation which get formed between inmates and she says, “It  happens, you need to understand that you are locked up in a house  24*7 with no mobile phones,  internet or TV.   And I am sure that you will accept that some time you hit it off with person in one hour and with others you struggle to get along even after a  year of knowing  him or her.”

Ignoring negativity is the best way to handle it - Paras Chhabra