Loyal viewers of Colors popular drama Shakti (Rashmi Sharma Production) can gear up for some dhamakedar twists in the series.

The maker is churning out a lot of drama for the audience.

In the coming episode, Ravi (Pooja Singh) will get blank calls from an unknown person. Initially, She will get angry and would warn him. However, the person will continue to call her.

Later, Ravi, who is not getting the kind of attention she wishes for from her husband, will decide to play a new game.

The source further adds that Ravi’s character will be seen indulging into an extra marital affair. This will bring in a lot of drama in the family.

When we buzzed Pooja, she said, “There is a lot of twist and turns in the story and audience will enjoy the upcoming drama.”

Are you excited to witness the upcoming episodes? Let us know in the comment section below. 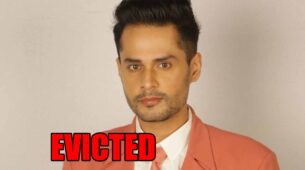