A small town boy, who always dreamt big; some laughed at him, some believed in him; he fought, he kept moving on; he has gone through many unprecedented incidents but he always came out brave; he worked hard, he kept learning; his exposure was very limited but he was a seeker; and this entire process of unknown exploration took this Hindi speaking boy from a small town to Mayanagri, Mumbai.

This is me, Niraj Kumar Mishra, and this is my story.

Once a great German filmmaker Werner Herzog said, ‘You will learn more by walking from Canada to Guatemala than you will ever learn in film school’.

And in my case, it started from Saharsa to Purnea to Patna to Shillong to Delhi to Bombay….

I kept travelling and I kept learning, in search of my purpose; but when it comes about learning, my journey is still on, experiencing and exploring the craft of visual storytelling. Greed of goodness and fire in the belly, are my driving force. Single theatres were my early film schools where I’ve seen all kind of Hindi films, from Mughal-e-Azam to Sholay, from Sharaabi to Deewar, from Kranti to Karma, list is endless; or in other words I could say they introduced me to cinema. That time I had no idea that one fine day I would also become the part of the same fraternity. During my initial exposure to cinema, every single movie used to fascinate me immensely, it was like a dream, a miracle life beyond my own existing life, God only knows what was that, but it had a magical impact on me (smiles).  I used to feel like that small kid Salvatore from ‘Cinema Paradiso’, eternally curious, curious about the process behind the screen more than the film itself. Sometimes I used to think that is it possible if I jump on the screen I would reach to actors and get into their worlds. Later my father explained politely that technically it’s not possible, but my dream to reach in those worlds stayed, sooner or later, but when, how, had no idea!! As Tarantino said, ‘I didn’t go to film school, I went to films’… though it was not planned but it happened to me too; never had the luxury to go to film school, so literally and unknowingly I went directly to films (smiles).

Though in between I went through the regular rigmarole of engineering and other stuff; was heartbroken when got rejected in three consecutive defense services interviews. But out of nowhere KBC Season 1 happened to me and after that it never let me look in any other direction. Late legendary filmmaker Satyajit Ray said in his Oscars speech, I’ve learned about the craft of cinema from the making of American films. And it worked for me too. I remember that summer of ’95 in Patna. My cousin Amit took me to Regent theatre, my first encounter with Hollywood, One of the greatest action hero Sylvester Stallone’s ‘First Blood’ was my first American film, and it changed my perception about good cinema; literally tasted blood of good cinema and never looked back. When I finally shifted to Mumbai in 2004, I started watching and analyzing world cinema of all kind and while doing all kind of self-study of Cinema, I started writing too, slow and steady. I’ve done more than 20 shows in television and indebted to it, because it kept my kitchen running; and gave me enough so that I could keep writing, directing and producing my short-films. My last short film, ‘Gandhi: The Silent Gun’ has really done well in film festival circuit. Then I pushed my limit again and wrote couple of feature films also; while trying to raise funds for the same I met many actors, producers and filmmakers, and then one day I met a film director Jaideep Sen who eventually took me to Ahmed Khan and Sajid Nadiadwala, and that’s how Baaghi 2 happened. I’m really thankful to all three of them for this opportunity as a Screenplay Writer in Baaghi 2.

Now Baaghi 2 is here, and since it’s my first film; I’m as excited and as curious as I was 20 years back as a kid. Well, still long way to go, lot to learn, lot to explore, but here I’m, with all the blessings of my mother, father, relatives and friends; standing right in the middle Mayanagri with loads of dreams and desires of telling good audio-visual stories. Long live CINEMA!

I would like to sum up ‘my story and the beginning of my new journey’ in the world of Cinema with Baaghi’s dialogue, ‘‘Itni jaldi kya hai, Abhi to maine start kia hai’(smiles)!! 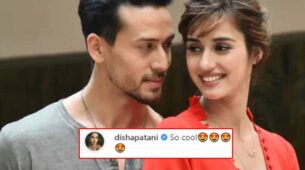