Check out how IndianWikiMedia.com rates the newest offering of Ekta Kapoor, Chandrakanta on Colors… Television in India has gotten into a trend wherein there has been an excess supply of mythological, historical and fantasy based shows!! Considering the immense research work and planning that goes into the making of such magnum-opus big-budget projects, the broadcaster and maker either ‘gain’ or ‘lose’ the game, in the initial few weeks itself.

Considering the huge competition that various GECs have on the platter for the audience, it is very important for every show, especially the big-budget ones to start off on the right footing in terms of its presentation, performances and of course, ratings.

The last weekend was huge for the Czarina of Indian Television, Ekta Kapoor, as her ambitious project, Chandrakanta launched on Colors. While many players would not want to attempt presenting the same tale that is already on air on a rival channel (Life OK), Ekta and her creative intellect only knows to beat all comparisons by coming up with a product that will be heralded as ‘special’.

So has Ekta Kapoor succeeded in delivering something special with her version of?

The very first challenge for Chandrakanta – Ek Mayavi Prem Gaatha lies in the fact that it replaces a show that created history in terms of its presentability, graphics, storyline and of course, its huge ratings. That’s Naagin for you all. As we know, the time slot has always been a success story for Ekta, from Week One. Naagin and its second season, both have embarked on a grand journey, and have been shows that have rarely faced the heat of competition, not only from the other weekend slots but overall too.

Does Chandrakanta have it to be as successful as Naagin?

While Naagin had many faces starting from Mouni Roy, Adaa Khan, Arjun Bijlani (followed by Karnvir Bohra in its second), Sudha Chandrana to boast of, the painful fact for Chandrakanta is that its face value starts with Urvashi Dholakia and ends with her!!

Yes, the biggest positive has been Urvashi and the persona she carries in the show. She’s beautiful, classy, vicious as well as magical – this is Urvashi for you… Not only does she give life to the antagonistic character of Iravati, but has also managed to carry the show on her strong shoulders. We say ‘strong’, as her presence has been effervescent, spreading magnificence to the scenes which she has been a part of.

Must Read: Review Of Amazon Prime Tandav: Is A Dance Of Frenzied Politics

Another biggest plus for Chandrakanta is the strong footing it takes in being a ‘fantasy’ tale. This literally stops all the comparison chatter, and the fact that fantasy tales always spread its own magic, a lot of expectations will be placed on the magical way in which the story will progress. After all, magic and fantasy have in most of the cases had a positive effect with masses.

The story of Vijaygarh’s princess losing her identity and kingdom in childhood, the victory of Naugarh’s notorious queen, Iravati in giving the infant a pitiable upbringing, the manner in which the infant reaches the home of a fisherman in Suryagarh, her simple upbringing being unaware of the royalty that she possesses, the rough and tough upbringing that Prince Veerendra Singh is bestowed with by his own Queen mother, have been shot well.

Must Read: Review Of Pieces Of A Woman: It Will Shatter You

A special mention here of the fabulously designed sets. My good lord!! The sets are the epitome of ‘grandeur’ in literal sense. Take a bow Mr. Chandravadan, the National Award winning director. He has already won it for Ekta in terms of presentability!!

Well, if we have flowery words to say for the grand and opulent sets in the show, the same amount of praise cannot be showered on the visual effects that it puts across. Considering that the makers made Naagin and gave the TV viewing audience some breath-taking VFX there, it is simple mediocre effort put in by the VFX team for Chandrakanta… Certainly, lots to be achieved in this area given the fact that its core stems from the magic theme.

Now moving to the performances, as said earlier, the only bright spot is Urvashi Dholakia as Iravati. Shilpa Saklani might be a good performer, but was she still stuck in the Kyunki Saas Bhi Kabhi Bahu Thi mode. Totally out of place, she’s feeble as the strong Queen of Vijaygarh. The same applies to her onscreen husband, Sandeep Rajora. A pity that these two talented actors failed to make their presence felt.

Coming to the leads of the show, the young bloods are Madhurima Tuli and Vishal Aaditya Singh. Madhurima is a stunning beauty, gorgeous to look at. But when it comes to delivering a strong performance as an actor, she fails considerably. At least, the initial scenes have been tough on the girl, we can say!! If only Madhurima can match up with her beauty by delivering a solid punch in her acting, she will blossom like a flower, and we know she will.

Vishal Aaditya Singh is strong, has a great physique and is handsome. But the sad part is that he is very limited in his expressions, and lacks the persona needed for a King and warrior. Again, it will be interesting to see the magician Ekta driving some quick acting lessons to the protagonists for the show to do well.

Overall, summing up the positives from the first week of Chandrakanta, the magical essence engraved into the script of the show will appeal to the masses. The stronger and deeper the story involves in the fantasy lane, better for the show’s success rate. There might be a strong ‘Komolika wave’ going around even today, but with this show, Urvashi will certainly set new benchmarks for herself as Iravati.

To the negatives, the visual effects department needs to pull up socks. The lead faces – Madhurima and Vishal need to deliver better as lots ride on them. Kudos to Ekta and Colors for pushing the envelope in terms of concept and overall execution. The platter is laid; it’s time for the performers to hit the ball out of the park displaying acting deftness. These are early days and talent is galore. We hope that with passing days and under Ekta’s Midas touch, Chandrakanta on Colors will etch another success story.

IndianWikiMedia.com would rate the effort 3 out of 5 stars!! 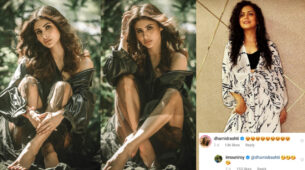