SAB TV’s new show Bhakarwadi gets reviewed by IWMBuzz.com. Read out to know how it fares. First thing we will do after writing this piece is rush to the market to try out Bhakarwadi. This sweet and spicy delicacy that both Marathi and Gujarati folk claim as their own culinary invention, is the mainstay of the new SAB TV comedy of the same name.

The setting is old town Pune, where you have an eccentric, traditional but popular Bhakarwadi shop-owner, Anna Gokhale (Deven Bhojani), who refuses to share the recipe even with his huge family. He is steadfast on his principle of shutting the shop for extended lunch (1pm – 4pm), and lights off by 10.30 pm. We wonder why they don’t hire cooks instead of waking at 5.30 am to make their stuff.

On the other side you have the Gujarati Thakkar family who have just come to town with hopes of capturing the snacks market. Mahendra Thakkar (Paresh Ganatra) lives with his better half Urmila (Bhakti Rathod) and daughter Gayatri (Akshita Mudgal).

All comic shows have a plethora of characters with individual quirks to keep you engaged. Anna’s family is also full of them. One son is mentally challenged, so his wife has left him with two kids. Another son loves to squeal on family members. Lead guy and Anna’s youngest son Abhishek’s (Akshay Kelkar) character is yet to be established. So far he is just the good son who covets a woman who will take his breath away. The scene where he dreams that Anna is getting him married to an old lady brought a smile to our faces.

Coming to the women folk, Anna’s loving wife holds the dozen odd members of the clan together. She always tells her hubby to pipe down. Among the daughters-in-law, one is slightly dense and always gives wrong examples before coming to the point. Nirmit (Tarka Pednekar) is the best in the house; she gives less attention to her own kids to take care of her brother-in-law’s motherless children. The kids are no less; they also create drama. One is an exact copy of Anna.

On the other side, Mahendra also has his quirks, but here, most jokes are centred on his wife who always mixes up actors’ names with their family members, and when pointed out, quips, why are you making a fuss?

As expected, Marathi boy will fall in love with Gujju gal. They meet when sweet and caring Gayatri accidently loosens her pet, named Biscuit, into Gokhale wada (house), and dog-fearing Anna comes down on her like a ton of bricks for he drops his Bhakarwadi. She then falls unconscious due to low blood pressure. The Gokhale family rushes her to hospital where her folks also reach. The scene at the reception where Urmila shows her sister and daughter photo was funny.

Here Anna’s crazy son eats the biscuit meant for the patient and Gayatri’s parents think that he has eaten their dog, named the same.

In a bid to burnish the credentials of both families, they are shown to feed the poor. But here Anna does cross the line when he asks the other family to stop playing music after 10.30. The regular quips about how our stuff is better than yours, are also added to show the family rivalry.

Thus the stage is set for fun clashes between the two families. It would be a creative challenge for producer JD Majethia and Aatish Kapadia to write the Gujarati and Marathi differences, as these things can be very sensitive, more so in an election year. You don’t know whom you might end up hurting unintentionally. The fact that both families are in the same business doesn’t help matters. Anna’s smart Alec son quips that their father’s constant berating of customers (teaches them to pronounce bhakarwadi correctly) will help competition, is a reminder of things to come.

Talent powerhouse Deven Bhojani is spot on, having got the Marathi accent and mannerisms to perfection. Paresh Gantra is equally good. Both Akshita and Akshay are also doing a good job, but given the narrative, so far it appears that their love story will not be the primary focus. Having said that, you never know when things might change. The scene when Gayatri asks Abhishek his number and he is so smitten that he commits bloopers, was indicative of the would-be love, which both families will not approve. The latter’s bhabhi is not too pleased at his going over to return the dog, wondering whether sparks will fly. We will not be surprised if Anna’s estranged daughter had also had an inter-caste marriage.

All in all, Bhakarwadi is a fun watch. Hats Off Productions, the production house is a past master at making light comedy, so this is well within their comfort zone. We just hope that a time could come when Indian TV humour could be more black and layered.

We at IWMBuzz.com credit 3.5 out of 5 stars for this show. 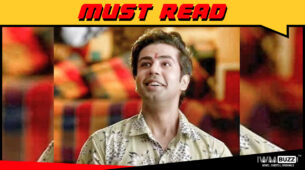 Was a great learning experience: Deven Bhojani on voicing Olaf in Frozen 2 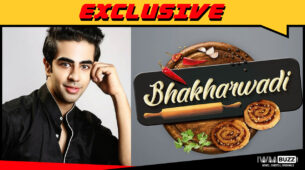