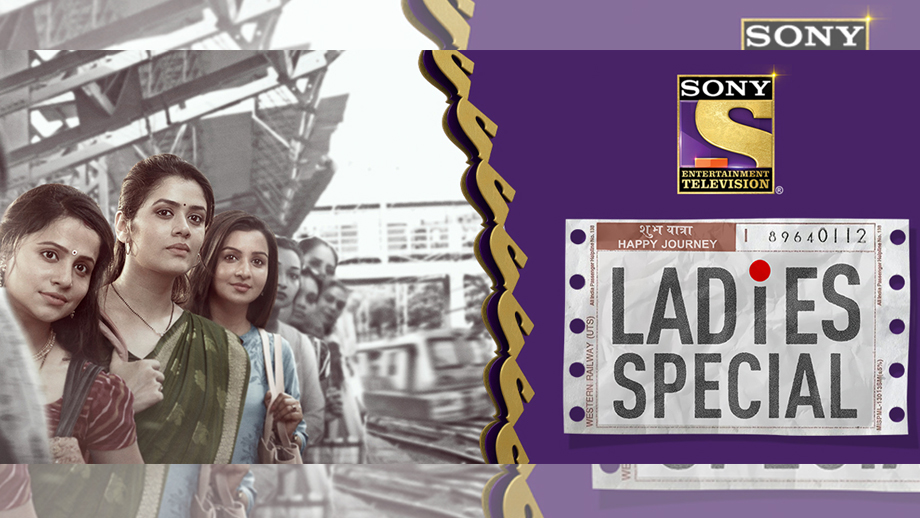 Mumbai’s local train network is the lifeline of tinsel town, allowing its denizens to travel from far-flung suburbs to the city centre in relative comfort (peak hour crush factor is a different ball game). Many well-heeled people too hop on, just to save travel time. Ask any Mumbaikar and he will give you horror tales about getting stuck in traffic on the Western Express Highway (main city arterial road). So if you want to see the real Mumbai, the local train is the best option. You will rub shoulders with all types of people, and yes, some pickpockets as well.

Why are we giving you gyaan on the Mumbai transit system? Well, the local train forms the umbilical cord of the second season of the Sony TV show, Ladies Special. The Virar-Churchgate ladies special service is the meeting point of the 3 protagonists, who are as different as chalk and cheese.

They bump into one another one Sunday, as all three are headed to the final station to attend the same wedding (TV is always full of coincidences).

Meet loving Maharashtrian housewife, Meghna Nikade (Girija Oak), who eggs on her husband, Mandar (Vishnu Bholwani), to leave his selfish arrogant boss and try his hand in business. She is quite street-smart, knowing how to deal with kids and pesky neighbours. Then comes Bihari speaking Prarthana Kashyap (Chhavvi Pandey), who is touching 30 but can’t get married yet, for she alone runs her house, her singer father being an alcoholic. Being naturally frustrated with life, she loses her hat often (glimpses of Hitler Didi). Her aged landlord offers her marriage as a way to get out of her misery, but she turns him down, preferring to vacate the flat instead.

Prarthana has just come across a handsome young man, Viraj (Sahil Chhadha), who has been appointed as her junior in the mobile phone company where she works. As it often happens, they have a bad start, again on the local train (he wrongly boards the ladies special). There seems to be more than what meets the eye with Viraj.

Last but not the least, we have talkative and klutzy Bindu Desai (Bijal Joshi), who has just got married to a doctor, Amar Desai (Ojas Rawal), who loves someone else, i.e. Kangana Rajawat (Jia Mustafa). Being Ms Goody Two Shoes, Bindu decides to step back and let her husband wait for his love to come back. She even fibs to her sweet in-laws, to let her hubby meet his gal late at night.

As part of the dynamic, the creatives have made the other woman appear selfish. Having a drinking party in the hospital operation room is a sure violation of medical ethics and patient safety. In essence, this is the basic plot of Ladies Special.

As with Season 1, female bonding will be the plot’s mainstay. And already, Bindu helps Meghna to get her paralysed father-in-law admitted to the hospital where her hubby works. Very soon, Prarthana will join the mix.

We like the show so far, for all the characters are quite human and natural. We Mumbaikars come across several of them in our daily commute, to and fro from work.

Chhavvi stands out as the gutsy Prarthana – her character is not your typical submissive woman, but someone who gives as good as she gets. Her heart to heart conversation with her good-for-nothing younger bro was a stark reminder of how tough life gets for single women in Mumbai.

Although Bijal is doing a good job, her character does not have much meat so far (nothing new). We sure hope that they have a twist in her Gujrati tale as well.

Girija Oak is doing a good job, her character being relatable.

The creatives have taken pains to ensure that the settings, costumes and accents of the characters suit their respective backdrops, thereby giving them the required authenticity.

Another positive so far is that the men have not been shown to be bad – Mandar is ready to walk shoulder to shoulder with his better half and help fulfil their joint dreams. Dr. Amar also knows that he is doing wrong and does not harm his wife, like other TV husbands.

All in all, we can safely assume that Ladies Special is one show that we will surely recommend, as it shows the real Mumbai and not just its glitzy top end, or young kids having a night out.

We sure hope that like Season 1, the slice of life flavour is maintained and the narrative does not degenerate into another saas-bahu drama, complete with over-the-top emotions.