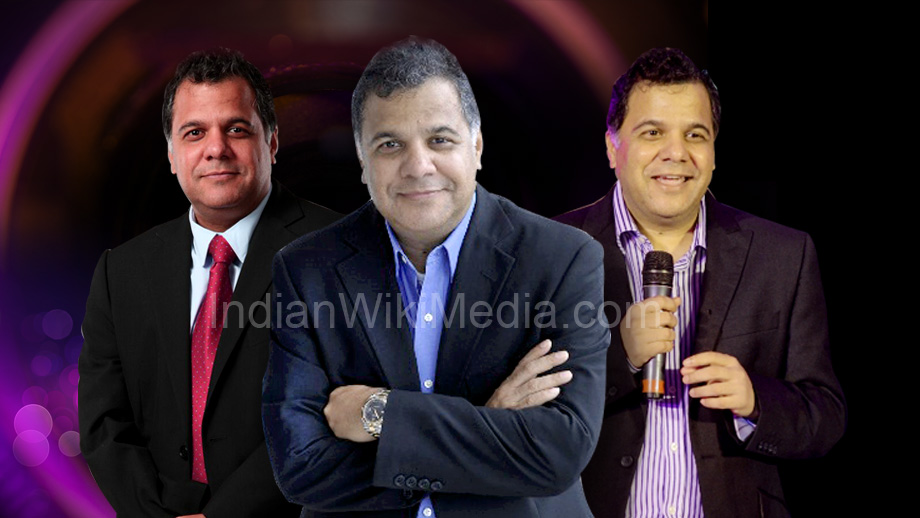 The sun kissed the horizon yet the air carried beads of sweat. On a humid Mumbai evening, Indianwikimedia entered the plush corridors of a suburban hotel which opened to a resplendent view of the magnificent Arabian Sea.

The scene was a succor to the body and the soul.

The occasion was the launch press conference of Colors’ innovative non-fiction (reality) show, India Banega Manch. As the event flipped through its chapters, talent from across the country performed against the scenic sea gifting us the glimpse of the impending superb on screen journey called Indian Banega Manch.

Conversations over champagnes and coffees filled the ambience with a vibrant buzz. Scribes scurried around anchors Mona Singh and Krushna Abhishek to get quotes and bytes. The space exuded professional energy with a personal touch. Amidst the entire hubbub, serenity and poise found home in Raj Nayak, the indomitable Godfatherly figure in the world of Indian television.

Raj, top boss in Colors, if we can afford to be a tad colloquial, has a suave swag. One of the most powerful persons in the industry, his demeanor speaks of subtle dynamism. Magnetic and magical, Raj instills faith in goodness and the art to be humane when on top.

A philosopher with a penchant for profits, his DNA finds a rare match of creativity and business management. As we congratulated him on completing six glorious years in Viacom 18 (mother company of Colors), we settled for a transfixing dialogue with Raj, which we believe, is a must read for all. Excerpts:

Mr Nayak, India Banega Manch can be said to be a crowd sourcing model. Do you feel it’s a more innovative and impactful means to get better talent on a show?

(sips water) Let me explain. In India Banega Manch everyone who auditions is a winner. Unlike other shows, the format is structured differently. We pick talent from every nook & corner of the country who perform infront of the live audience and then we bring them here (Mumbai) for the remaining contest. But the beauty lies in the fact that the entire India is a manch (stage). Where else have you seen the Arabian Sea or the Red Fort as a backdrop for talents to perform? It’s unique and beautiful at the same time. The entire premise is spontaneous and natural. There is no studio, no tele prompter, no judges, even the anchors have to do everything impromptu. It’s challenging yet riveting. Indian Banega Manch captures the spirit of incredible India. The way I look at it, it will be a clutter breaker.

Colors is creating shows which are ensuring more real time interaction with the audience. Is it a conscious move to find  connect between television and digital India?

Not at all. There is a saying, think out of the box, our idea is fit everything into a box. Majority of Indians are a still single TV household which is all about inclusive viewing. There is fragmented audience in the digital space but for the next decade television will be the preferred medium. So in terms of programming we don’t take into account digital buzz, having said that, as an organization we have a strong digital reach as well. We have Voot, so we give options to audience. Watch it on the go or at home, we are everywhere.

There is a deluge of reality shows of late. There is mirroring across channels. Talents go missing from performing zone once a show culminates. Your thoughts on the same…

It’s an issue, most certainly, and it has got nothing to do with the participating talent. I think studios in India have not invested enough in grooming of talent. In the past and also recent times we have seen contestants who have gone on to do well in life. Having said that, in the international market a winner of a reality show becomes a real rage, a huge star. In India, they do become popular but not to the extent of being a star. I feel it’s a matter of time and soon someone will break the barrier and become a role model for all. At Colors, we make sure to take care of our talent, we manage them and create professional opportunities for them.

Do you feel one reason could also be the quantum of such shows?

This is India, here we have herd mentality. One does, others follow. People tend to go for the low hanging fruit. But it’s a competitive space and eventually quality content and programming will prove to be the differentiator.

Now, there is already a lot of buzz about Bigg Boss. There are reports of Salman Khan not hosting it this year?

(smiles) It’s a little premature to talk about Bigg Boss. Abhi to 6 months baki hai. About Salman we will see but I don’t want to comment anything at this point of time. I am sure Salman has not told you about him hosting or not hosting Bigg Boss and I am also sure that I am not telling you anything either, so it’s all speculations as of now.

Moving on, Colors has commissioned a show like 24, which is cutting edge, comparatively progressive, on the other hand the channel also has Naagin, a regressive show, which finds maximum ratings. So what is the core…

(Cuts in) Why do you say Naagin is regressive?

It’s a popular perception. You think it is progressive?

I feel Naagin is very progressive. What is progress? Define progress? Naagin has broken all time records and have fans all across the globe. People want to adapt the format in different countries. It is India’s version of Vampire Diaries. Is Vampire Diaries a regressive show? It’s a fiction dammit, piece of imagination. It’s meant to entertain. Anybody who says Naagin is regressive is certainly not aware what they are talking about.

I am sure Salman has not told you about him hosting or not hosting Bigg Boss and I am also sure that I am not telling you anything either, so it’s all speculations as of now

That clears the air… so coming back to my question, what is the core content philosophy of Colors?

The channel’s idea is to find the right balance, the apt combination. No other channel provides as much content variety as Colors does. We have got song & dance, saas babu, love stories, transgender fiction, bonded labour theme…you name it, we got it, we have got everything in the platter. In the competitive space, the challenge is to get people watch your channel, to enhance stickiness, and our variety is meant to cater to diverse interests and engage all kind of audience.

Mr Nayak, you are an experienced industry professional, to be precise, one of the pillars in the Indian television ecosystem. The world has changed and now the sudden mushrooming of OTTs and digital content creators. Your expert take on the phenomenon…

See, digital is here to stay, there is no two ways about it. I think it will complement other mediums. Having said that, big broadcasters like us, who have OTT platforms like Voot, till a certain point of time will provide subsidized operations. Almost 80 to 90 percent of the content is free and for us, the idea it to take content to as many consumers as possible through various platforms. As per my understanding, the mediums are like pipes via which content is distributed.

Anybody who says Naagin is regressive is certainly not aware what they are talking about. It is India’s version of Vampire Diaries

In the same space, talking about independent platform owners, it’s a huge challenge for them because monetization is a problem. Even branded content on web is not a sustainable model. Only time will tell how the space will evolve.

What about the idea of people paying to watch content in India. ALT Digital has put its bet on the subscription model?

Interesting point. Now, if the subscription model works, it will be a win-win for all. But I don’t know if people in India are ready yet to pay money to consume content. ALT has put to test the subscription model and I hope it succeeds. If it does, it’s really good for the ecosystem. Proof of the pudding will come from there. It’s challenging, however, if the subscription revenue model can be cracked, then we all will be rocking it (smiles). We will enter a different ballgame altogether.

Interesting insights as always. Thanks a lot for talking to Indianwikimedia.

You are welcome. Any other questions?

Not as of today…will meet again…

India Banega Manch is an adaptation of Israeli format Win The Crowd and will go live on 7 May 2017.

Surbhi Jyoti is too HOT to handle in this bold outfit, check pictures

Take a quiz on Naagin