This week’s luxury budget task concludes with Team Vikas’ victory, as Vikas ‘The Mastermind’ Gupta manages to accumulate the maximum amount of money. Benafsha on the other hand turns out to be the richest individual contestant in the task as she manages to earn money with the help of her beloved friend Priyank Sharma.

Shilpa gets a shock of her life when she realizes that some of the housemates back stabbed her by supplying money to Vikas at the last moment. She calls Vikas a beggar as he went around asking for money in the task. Shilpa regrets that she made Akash return all the money, which indirectly lead to Vikas’ victory in the task.

According to Bigg Boss’ aadesh, today the gharvale with mutual consent have to elect two contestants who according to them were the worst performers in the task. Both the elected candidates will directly be escorted to the ‘Kaalkothri’ by Captain Luv. Adding a twist, Luv has been given a special power to send one contestant directly to the jail

All contestants lay blame on each other and after hours of discussion and numerous arguments, they still have difficulty in electing the worst performers in the task. But the votes are in and 2 people from the winning team are selected to head directly to the Kaalkothri. It is now upon Luv to make his decision and send the 3rd person to jail.

Who does he select and why? 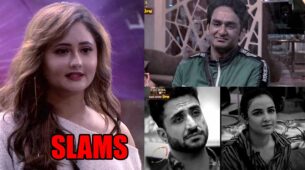