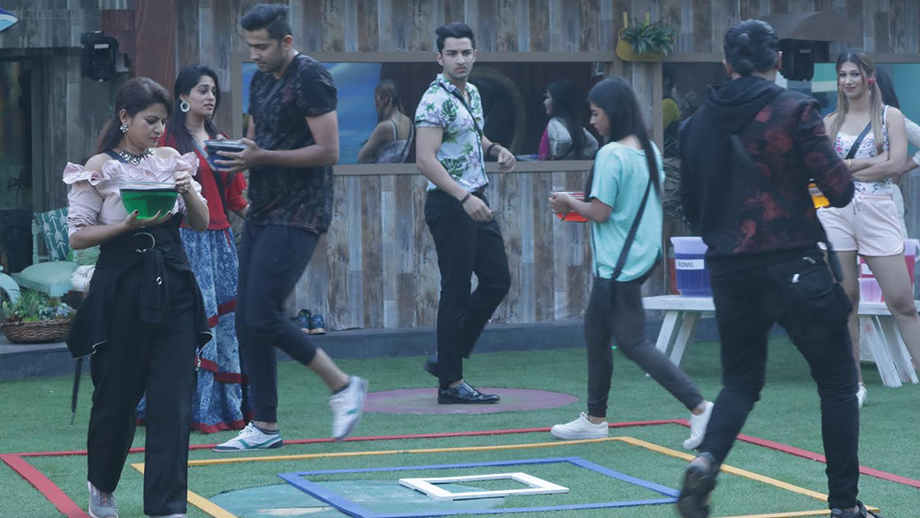 The fight for power can be unpredictable and one can forget the very meaning of humility. A tough fight was about to take precedence in the Bigg Boss house as four strong contenders were ready to fight for the most important title within the house, captaincy.

Post the Diwali fervour, it was time for them to act straight and fight for the Fizz captaincy of the week. The winners of the luxury budget task, Karanvir, Romil, Somi and Megha were given a challenge to fight it out and become the most important person in the house. In the garden area, four zones were created within a square where red, yellow and blue were marked as the borders. The top four, during each round, had to walk around each defined zone with a bowl in their hands, filled with coloured water. They had to strategically drop the levels of water in the opposition’s bowl.  The buzzer would ring after each round, and the one with the least amount of water was eliminated. Dipika was the sanchalak of the task.

The determination to win and to fight in true competitive spirit took over the contestants, and they all geared up to take the battle head on. Megha aggressively broke Somi’s bowl and therefore in frustration Somi’s aggressive reaction halted the game for some time. The round created chaos within the contenders and Dipika was put in a dilemma and couldn’t declare who she had to eliminate. After a lot of discussion, she finally came to a conclusion and had Somi step out from the task. In the second round too, a frantic fight between Megha, Karanvir and Romil took place and the entire house had their valuable comments ready to be given.

With the fight aggravating between the contestant, who will be the Captain this week?

Watch out for all the happenings in the Bigg Boss house.