Indian Television industry saw a very ‘sad’ day yesterday when the FWICE Strike took a very unpredictable turn wherein the disagreements at the professional level and at work, actually turned too personal.

IndianWikiMedia.com was the first to report exclusively about the highly deplorable act that took place on the area of protest wherein the protestors took out on a mock funeral of one of the highly respected Producers in the TV fraternity, J.D. Majethia. (read here:#FWICEStrike Protesters organize J D Majethia’s mock funeral: draws ire of major governing bodies)

As a reaction story to whatever happened last evening, we at IndianWikiMedia.com got in touch with the Producers from the TV fraternity, and all of them unanimously condemned the act voicing their opinions.

Here is a report:

Producer Rajan Shahi (Director’s Kut) said, “I seriously have no words to describe this deplorable act done by the people. I have been part of this TV industry for 24 years. We all might have agreements / disagreements, different point of views, but we always come back together on a platform to talk. But even in all the disagreements that we might have, there is a certain kind of dignity, honour and respect code that we need to maintain. That’s the beauty of our fraternity. This act has really saddened me today, the reason being that J.D. Majethia is a person who has done everything in a civilized and dignified manner. A personal attack is just not accepted. Yes, you might have professional grudges, but this is too much. Also, why target one person? On the behalf of everybody from the industry, I can say that a right-minded thinking person will never justify a kind of act like this. I will very humbly request the people who have done this, to not take things to such extreme levels of personal attacks. Do have disagreements, but always keep a margin open where all people can sit down with each other in future, without feeling ashamed.”

Czarina of Television, Ekta Kapoor (Balaji Telefilms) called this act, “Disgusting and disgraceful!!”She further stated, “This is something that we won’t take lying down.”

Producer Saurabh Tewari (Parin Multimedia) said, “It’s disgusting to see this kind of demonstration. Not only JD, they raised personal slogans against people like Rajan Shahi who had been leading the producers group at Film City. FWICE is a respected Union and we all have respected them for their point of view, but the current lot has crossed all the limits of disgrace.”

Producer Asit Modi (Neela Telefilms) said, “Whatever happened was not in good taste. We look after our workers as our own family. And there’s no big injustice that has been happening to them. There are a few people who have been desperate in their action and they are the ones who have been indulging in threatening acts. This is not good for our industry, and we condemn it.”

Producer Shyamashis Bhattacharya (Shakuntalam Telefilms) said, “This is a new low in the Television Industry. I hope we don’t sink in further in terms of our behaviour, talking about what some of the office bearers of the Federation have done. Sensible people in the Federation who are part of different associations understand that whatever is happening is pure politics and does not have any agenda as such. If you see yesterday, the big bodies came together and spoke against what was happening. It is only few leaders and probably their hired crowd, which has tried to show that it’s an agitation. It’s not!! It’s just an ego issue for some of the leaders and they are trying desperately to probably gain eyeballs. What happened was very unfortunate!! I am sure that once things cool down, they will realize their mistake and hopefully nobody would repeat such things again. That’s what we can hope now!!

Producer Sumeet Mittal (Shashi Sumeet Productions) said, “It’s ridiculous. Our each action reflects our image nationwide. And this action is definitely going to show our industry in bad light overall.”

Producer Yash Patnaik (Beyond Dreams) said, “I strongly condemn this act. There is no space for something like this in our society. It’s a conflict of interest between two fraternities. A personal attack like this is completely unacceptable. We are with JD.”

Producer couple Jay and Kinnari Mehtaa (Jay Productions) echoed similar sentiments, “It’s a very shameful act and all the people involved should be boycotted… JD is fighting for all the Producers; it’s not his personal gain that he is targeted individually. We are all with JD.”

Producer Guroudev Bhalla (Guroudev Bhalla Productions) said, “It’s a sad day in Indian TV’s history. Our fraternity will counter this highly deplorable act with mighty resolve as per the law of the land.”

Producer Benaifer Kohli (Edit II) said, “It was not JD. It was all of us. And why do this? It’s not JD’s personal decision. We, all Producers are pained and upset to see this. All workers are on set, so who is this on strike?? We put in our life’s earnings to be held to ransom like this? Our workers are our biggest asset / family and we care for, love and respect them. They know we are always there for them. I have led by example and so have most Producers. Industry is going through a crisis and strikes have never helped. It has only harmed the innocent. I will stand by my unit and am confident, they are by me, as always.”

Producer Bhupinder Singh (Rolling Pictures) told us, “We strongly condemn the act of burning of Mr. JD’s effigy. It is not only his effigy, but a part of all of us Producers burnt with it. We are pained and shocked to see such a deplorable act. We have all along stood by our workers and they have stood by us. This is a result of mutual human respect and care that we hold in our hearts. Our team (workers) understands the immense financial risk that a Producer takes, as a result of that so many jobs are created. No other industry can match the pay scale for the given work than what our TV industry does. At the same time, we were open to a systematic across-the-table discussion with the Union if they had valid grievances, which now look difficult given the damage done. I wonder, when all our workers have reported on set for work and shoot is going on smoothly, then who are these people on ‘strike’?”

Producer Bhairavi Raichura (24 Frames) said, “This is shocking and extremely disappointing as no one is fighting a personal battle out here. This is a fight between two fraternities, there can be arguments, disagreements and discussions, but something like this is completely unacceptable. The entire fraternity is with JD Bhai. It is not his battle, he is just our representator. So if he is saying something, he is not individually saying it. He is saying it after discussing with the entire fraternity. Making it personal is so uncalled for, an uncivilized way. They are talking of workers, which workers are we talking about? We have seen police officials saying about college children being brought for protests. None of the workers are supporting them. Our workers are very happy and are supporting us. They want to work and get paid on time. After this act, I don’t think we should even have a conversation with them. As educated people, we can always discuss it across tables. An educated person does not get this much of amount that people here get. So I don’t know what they are talking about.”

Producer Amir Jaffer (Full House Media) said, “JD is not fighting a personal battle. Whatever they are asking are unreasonable demands. Today a spot boy earns 25000/- a month which is a real good pay. College guys when they start looking for jobs don’t get paid this amount. So what are we talking about? Apart from this the hygiene and sanitation issue too, all the Producers take care of it mostly. I ensure my workers get all that they want. There are no complaints at all. They wanted to stop workers from working and also threatened to withdraw their cards. This is not done!!”

Producer Gul Khan (4 Lions Films) said, “What they did with the mock death procession is beyond any words! It’s just disgusting! It’s pointless to paint the producers as East India Company as the truth is far beyond this perception they are trying to create! Soon the producers community will get back with their version of this whole conflict ! Which actually isn’t even a real conflict otherwise other crafts would have been involved ! As everyone can see shootings are going on every day! Disruption of everybody’s daily wages is causing outrage in the entire fraternity!”

Producer Ravindra Gautam said, “Highly condemn the act. Our industry is the biggest example of secularism and freedom of expression and the way this strike is being handled they are are tarnishing our industry’s image as a whole, which includes them too. We all are one big family and the goondaism involved this time will forever make a crack in the family, which will be detrimental to all.”

Well, must say, some HUGE reactions there from Producers!!

We also buzzed JD Majethia but he sent us a reply via text stating, “I am not sure for now that I should react to such an action individually. I will tell you if I think of doing anything. I do not want to lose my grace and character.”

We at IndianWikiMedia.com will get you more reactions as they pour in!!

And here’s a prayer that the TV fraternity should overcome and sail through this phase with all dignity. 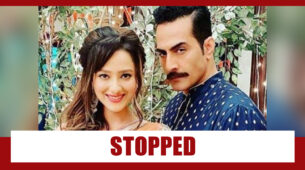