A sequence in Ek Duje Ke Vaaste 2 required Mohit Kumar to stand tall and emotionless amidst a bomb blast scenario and he performed it with elan. 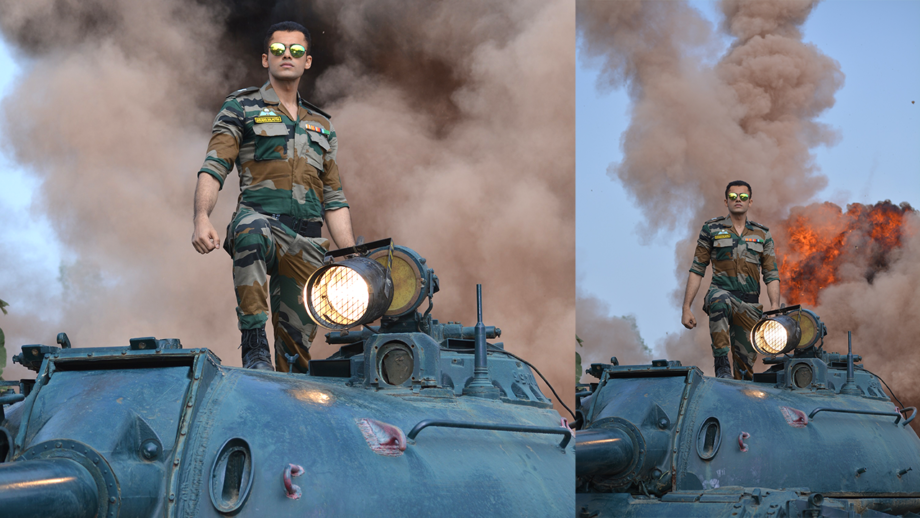 One who fears, can never win. This is the belief of two young individuals Mohit Kumar aka Shravan and Kanikka Kapur aka Suman in the Sony TV show Ek Duje Ke Vaaste 2.

Set against an army backdrop, Ek Duje ke Vaaste 2 is a stunning love story with a present-day touch. The cast of the show recently shot for the promo of the show in outdoor locations like Satara and Ladakh, where they shot for the sequence of their army life. While the shoot required the leads to perform many stunts and they were given the option of having body doubles for the same, the two decided to shoot for it themselves.

During the shoot, Mohit Kumar shot for a sequence where he would be seen standing on a tank and a bomb blast happening in the background. When he came to know about the sequence, he was quite afraid as while the entire noise and smoke would happen, he was required to be still and not lose his expressions. This had to be a one-take shot as the entire process of blasting could not be created again.

Speaking about this sequence, Mohit said, “This blast sequence was to be a part of the promos of the show and was my first action sequence. Though the team offered me a body double, I wanted to shoot it myself. I was a bit nervous as among all the chaos that the blast would have, I was to stand still and maintain my emotions and it was a one-time and a controlled blast. I am glad that I could manage the shot successfully.”