Talented girl Shweta Mehta’s journey has been incredible!! Popular for her win in MTV Roadies Rising, Shweta Mehta switched to acting after being a successful IT professional. The girl is a fitness trainer too. Now Shweta will be back with a bang in a very challenging role in & TV’s popular show Badho Bahu (Sunny Side Up and Hum Tum Telefilms).

Shweta will play a fitness trainer who would adapt to very modern techniques to train a person in wrestling. She will come in as Badho’s (Rytasha Rathore) coach!!

A credible source tells us, “In the coming days, there will be a huge sequence wherein Badho will fight a major match. And Shweta’s character will train her completely for the big match. The trainer will be very modern in her look too.”

On the contrary, Lakhan (Prince Narula) will be trained by his father (Pankaj Dheer) with the age-old methodology of fighting a match.

The show will in this way depict the challenges and different ways in which training is given with the modern as well as age-old methodologies.

We buzzed Shweta, but could not get through to her.

When contacted, Producer Dipti Kalwani confirmed the news to us.

We also contacted the channel spokesperson but did not get any response till we filed the story.

We hear that Shweta’s entry will be aired next week. 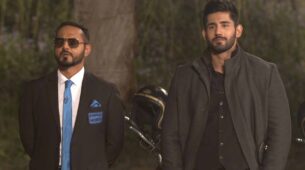