Surendra Pal will play a pivotal role of a Guru in Sony TV’s upcoming historical show. Yesterday, we at IndianWikiMedia.com reported exclusively about the beautiful Ashnoor Kaur being part of the show.

We now hear of talented and seasoned performer Surendra Pal being roped in for a crucial role.

As per sources, “Surendra Pal will essay the role of Guru Vikramadity, the person who will be responsible for training Mrinal (Sonarika Bhadoria) with archery and other fighting skills to become the complete warrior princess.”

When contacted, Surendra Pal confirmed the news to IndianWikiMedia.com saying, “Yes, I play a very important character in Prithvi Vallabh. This show is going to be huge for Indian TV, something as spectacular and big as Bahubali was for the big screen.”

We also reached out to the channel spokesperson, but did not get any revert.

Here’s wishing the senior actor all the very best!! 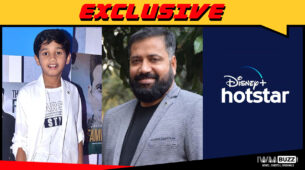