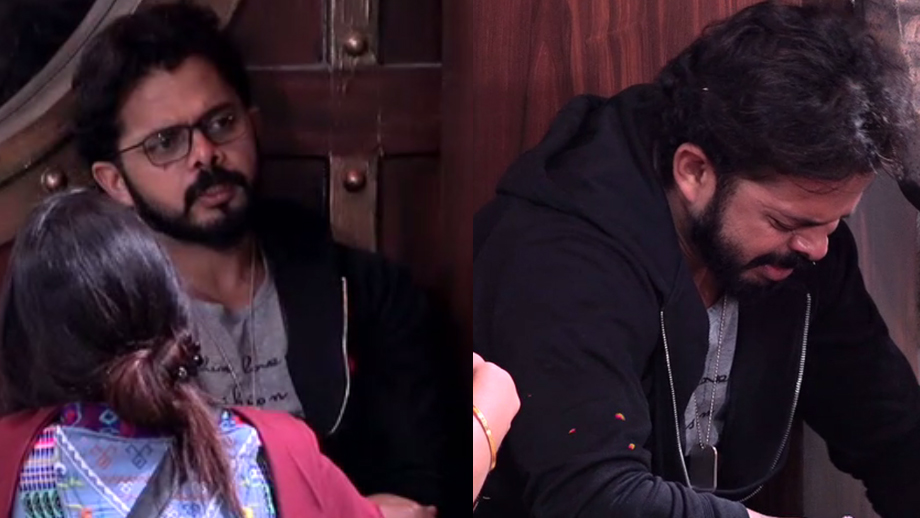 It’s the beginning of a new week, and as the tradition goes, loyal viewers of Bigg Boss are all set to witness fights, drama and more.

Last week, Sreesanth opened up about his slap gate controversy with Harbhajan Singh.

After opening up about his controversy with Harbhajan Singh, Sreesanth will reveal shocking details of the match-fixing when he was blamed to be one of the prime suspects. As audience is aware, Sreesanth was banned from playing cricket and was asked to never be seen anywhere near a cricket field.

Tonight, Sreeasnth tells Dipika Kakar and other housemates how he went through severe depression during the time. He also considered committing suicide at one point during the entire drama. Sreesanth also mentioned that he lost some 10 lakhs during the entire controversy.

He started wailing when he revealed that he didn’t do anything and was never involved in match-fixing. Housemates tried to calm him down as he cries inconsolably. He also mentioned that if his kids become cricketers, he will not able to see them playing it as he is banned to enter any field.

We wonder what leads him to share details on his controversial and dark past in the house.