In conversation with Producer Mamta Patnaik 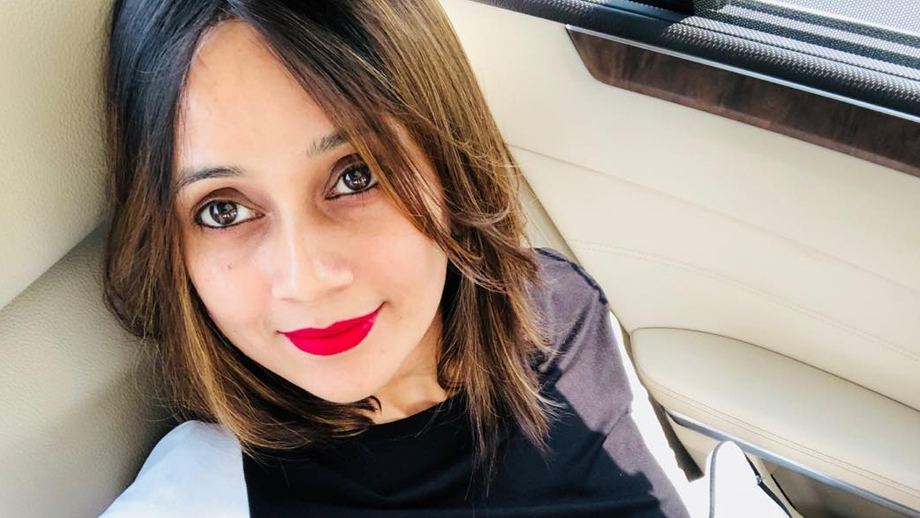 Producer Mamta Patnaik is a woman with beauty and brains!! A Writer, Creative Thinker and one of the pillars of success of Beyond Dreams, Mamta juggles well between her responsibilities, with the thought of always giving the best!!

Presently, Mamta and Beyond Dreams are working on the popular romantic thriller show, Ishq Mein Marjawan which has been doing very well.

In a free-wheeling chat with Mamta, IWMBuzz.com talks about her thought process as writer and producer, on IMMJ, and on the future projects.

Beyond Dreams has been doing well in the genre of thriller and romance. Tell us about the thought behind the successful shows.

Romance has been the mainstay of most of our content. This time with Ishq Mein Marjawan, we have blended romance with thriller. I am happy that it has worked. But even the other genres like drama, family values, youth shows, shows based on issues have also done well for us. If you look at shows like Veer Ki Ardaas – Veera, Kuch Rang Pyaar Ke Aise Bhi, Sadda Haq, Jaana Na Dil Se Door, Rang Badalti Odhni etc, you will know what I mean.

Ishq Mein Marjawan has been having a good run. Take us through the journey as Producer?

IMMJ was a calculated gamble that we took at a time when heroines in television were largely shown as submissive or fighting for their rights. We introduced strong female characters in IMMJ who can go to any extent to take revenge, take matters in their own hands to take revenge. I believe people liked the heroine crossing that forbidden line.

As the Writer and Producer, how do you develop a thought into a story and work towards its execution?

It is a very exciting thing for a writer and a creator to think of an idea from thin air and then turning it into iconic characters which entertain millions on a daily basis. As a producer it gives me the freedom to make it happen

When do you get creative satisfaction as the maker?

When my shows are appreciated, my characters are loved and impact so many lives.

How important is creative satisfaction to you?

Creative satisfaction is like fuel for us to think of more and more characters, stories and plots.

Beyond Dreams has given us some soulful romance and love stories. How do you as a team work through the varied genres?

We as a company have never restricted ourselves to any one genre. If you look at the variety of shows that we have done in the past 12 years, we have covered almost all genres except historical. Currently we are working on a big idea for a historical.

Can you tell us about the historical?

It is too early to talk about it. We have been doing research on the subject for the past 1 year and we will soon be taking it to the next step.

We have not seen a new launch for a while. What is in pipeline?

There are two shows in development, you will see them soon.

Have you developed a Writer’s block anytime?

Yes ofcourse, its very natural for a writer to get a writers’ block isnt it?. But ya I have also learnt how to break it 🙂

What / who has been your biggest inspiration at work?

Inspiration is very broad-based. I do read a lot, watch a lot and travel a lot. Inspiration can come from unexpected quarters. Whenever something strikes or excites me, I first share it with Yash (Patnaik). The first brainstorming of any idea is between Yash and me. Yash is extremely sharp and clear in his thoughts. Discussing with him helps me get the best perspective to the idea.

Which genre according to you is the toughest to handle?

Getting back to Marjawan, you have time and again created new and intriguing plots in the story line. What can viewers expect now?

Viewers can always the unexpected from IMMJ, and that’s the USP of the show.

Is there any work happening on the digital front?

Yes we are working on some clutter breaking ideas; there are some exciting writers, researchers, and journalists and filmmakers we are working with. We are also making few very high concept documentaries. Three of them are shot and are ready. We will talk about it soon.

How do you envision the future of TV?

Supernatural ka season hai on TV. Do you think this is just a passing phase?

Between Yash and me, we have never believed in a trend or a phase. At the end of the day a good story with impactful characters finds its audience and success.

Gone are the day when people rated TV as the lowest medium of recognition when compared to movies. What is your take?

I think it is not about the platform. Some of the biggest movies are seen by more audience when telecast on TV. In volume and reach TV is bigger; however it is content and the treatment that matters and that decides its platform. Television and films have always supported each other. Films need television to monetize and reach. Television needs films and film stars for their spikes.

Has OTT become a threat to television?

I dont think so. OTT in fact is a bigger threat to Cinema than Television, because of innovation, narrative and the scale to amaze and intrigue the audience.

How do you juggle between work as Producer, Creative, Writer and as a wife and mother?

I dont juggle, it juggles me (smiles).

Which is the best role that you enjoy?

Why do you choose to be low profile?

I believe in staying grounded and making my work high profile.

Two trends you noticed in the TV industry.

What changes you feel should happen in the TV industry?