Ladies Special, the show with gobs of speciality in its three super caring, independent women – Bindu (Bijal), Prarthana (Chhavvi) and Meghna (Girija), whose lives revolve around their families and friends presents the most relatable show on Sony Entertainment Television.

The women on the sets have a very hectic schedule throughout and it is very less that the three leads shoot together. So, the women have made it a point to make the most of it when three of them shoot together. This time, they celebrated the togetherness with a maggi-party on the sets. Bijal Joshi who essays Bindu, is a big foodie and more than that loves to cook food. She is famous for making different types of Maggis and was forced to make Maggi for everyone on the set to celebrate womenhood and togetherness of three leads.

Bijal on this note says “When I was a kid, we had a small maggi shop near my house which had around 15 different types of maggi in its menu. My favorite out of them was Chilly garlic Maggi and Manchurian maggi. The owner was a sweet person and had real magic in his hands. I always wanted to learn to make all those kinds of maggis and thereby used to sit there for hours to observe and learn from him and used memorise the recipe and ingredients. When I told this to my co-actors, they all asked me to treat them with maggi and I happily obliged. It was pure bliss as there is nothing better than having a hot and sizzling plate of maggi while spending some gala time with your favourite people.”

The ladies that seem really serious on-screen are actually quite fun off-screen. Their camaraderie at the sets especially when they shoot together cannot be matched.

Watch the three gala ladies on Ladies Special every Monday to Friday at 9:30 pm. 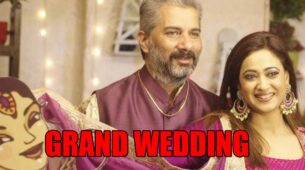 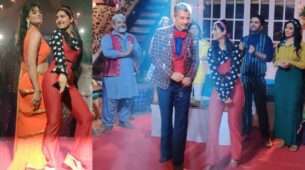