Rishina Kandhari follows a strict diet and made sure that the dessert on Ishaaron Ishaaron Mein's Yogi’s birthday celebration has the least amount of calories. 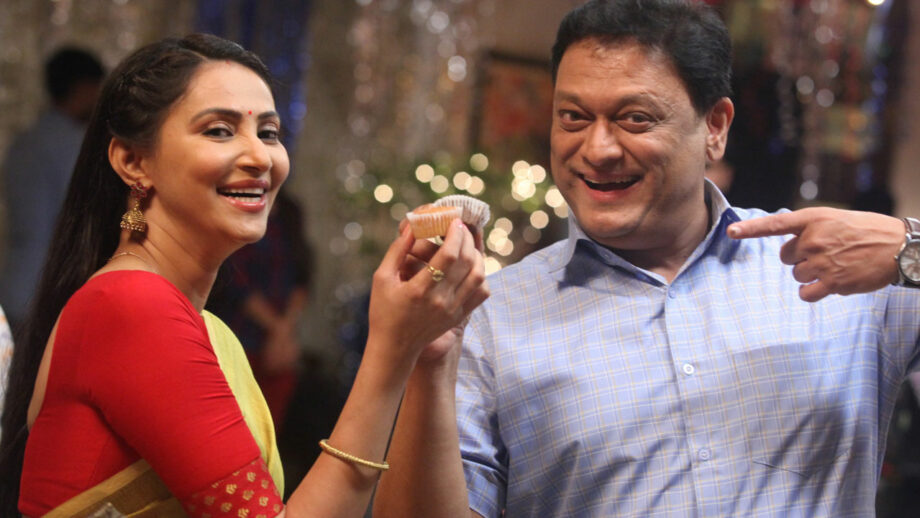 Birthday is the best day of the year to celebrate all the happiness. A person grows a year older and wiser. We tend to eat a lot on birthdays and intake huge amount of calories. Sony Entertainment Television’s upcoming show, Ishaaron Ishaaron Mein shot it’s second promo recently. In the promo the whole family and people from the neighbourhood got-together to celebrate Yogi’s birthday. To make this celebration an interesting one, Rishina Kandhari took over the kitchen and wore her chef hat. She herself follows a strict diet and made  sure that the dessert on Yogi’s birthday celebration has the least amount of calories.

Recently, we got to know that, Rishina Kandhari follows a strict diet and is very particular about her calorie intake. She, who is playing the role of Yogi’s elder sister in law disclosed her hidden talent when she baked mouth-watering muffins for everyone on the set on the occasion of Mudit Nayar aka Yogi’s birthday. She shared that she is a passionate cook and enjoys spending time in the kitchen, cooking and experimenting. To bake the muffins for everyone on the set, she got the most healthy ingredients and made sure that while everyone will be having cake and samosas with aerated drinks, her muffins will help them balance the calorie intake. She showed her amazing cooking skills by baking the diet specific dessert.

When we reached out to Rishina, she shared, “Cooking is one of my hobbies and I enjoy spending time in the kitchen cooking and baking. I usually experiment with different cuisines and try to make up some new dish. While we were in the mood of celebration, I proposed to bake muffins for Yogi’s birthday celebration. I woke up quite early in the morning to bake the dessert which had the least amount of calories and was actually quite healthy. The ingredients used were all natural sweeteners and made sure that my muffins are yummy yet healthy.”

Tara From Satara: Dancer No. 1 contestants go the Bollywood way