When it comes to the mythological shows, there has to be something special about it. Well, we all get bored seeing the same saas-bahu dramas, and seeing some different content like the supernatural or the mythological makes us feel alive. Today, we are going to talk about two such shows, one is Mahabharat and the other is RadhaKrishn.

Arjun was fierce and knew how to make good use of his bow and arrow while Krishna, all Gopi’s favorite, made everyone in his way love him with his magical charisma. His magical powers and different avatar made us love him.

Now talking of Mahabharat and RadhaKrishn, we saw how both Shaheer Sheikh and Sumedh Mudgalkar, both donned the saree and portrayed the women’s look in the show. Well, we need to say both looked pretty, perfect like girls!

Both Arjun and Krishna are strong and know what to do in every situation. They are the perfect example to see who gets upset now and then. The calmness in both of them is the other reason we love to see them on-screen.

Now, when both are equally great and magical in their own way, who do you like the most…Shaheer Sheikh’s Arjuna or Sumedh Mudgalkar’s Krishna?

Vote here for the best character.

Also Read: Shaheer Sheikh VS Sumedh Mudgalkar: Who is our favourite since teenage years? 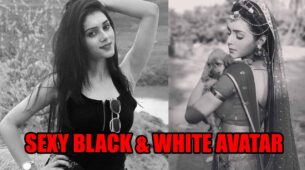