The &TV show, Siddhivinayak will see Siddhi and Rudra’s love story which will be a new development for the audience. As per the plot, Siddhi (Farnaz Shetty) and Manjari (Utkarsha Naik) have teamed up against Rudra (Gaurav S Bajaj).

Now, we hear Siddhi would be buttoning Vin’s (Nitin Goswami) shirt and the two will get romantic. Manjari would interrupt and call Siddhi to discuss the plan. Siddhi would tell Manjari that she won’t be able to betray her husband and Vin will overhear this. However, she will immediately turn the topic and explain him.

Later, Rudra would decide to do something romantic for Siddhi. He will get flower petals showered on her. Siddhi would be surprised and will run out to the garden. Rudra would follow her and apologize assuming she didn’t like the surprise. But Siddhi would tell him that she appreciated the gesture and will tell him that Vin has never done anything so romantic for her.

Will Siddhi and Manjari manage to trap Rudra?

We buzzed Farnaz, but could not get through to her. 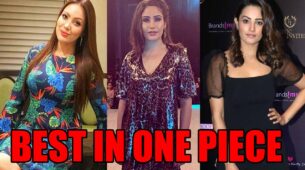