Choti Sarrdaarni will see huge drama with Kulwant ruining another love story, this time of Bittu and Jeeto. Choti Sarrdaarni the top-rated show on Colors has been playing up with interesting parallel tracks that have left viewers spellbound.

While Param (Kevina Tak) and his custody battle with his maternal grand parents are on, the makers (Cockrow and Shaika Entertainment) will soon start with a new track that will revolve around the love life of Bittu (Abhishek Jangra).

As we know, Bittu who was earlier instrumental in destroying the love life of Meher (Nimrit Kaur) by teaming up with his mother Kulwant to kill Manav (Hitesh Bhardwaj), has recently found sisterly love in Meher.

As we know, Meher had blackmailed Kulwant to get huge money from her and the same money was used by Jeeto’s (Yuvleen Kaur) family to pay Kulwant.

Kulwant who caught their trick red-handed will openly plan on Bittu’s wedding with Jeeto, but will also have a dubious plan up her sleeve.

As per a reliable source, “Kulwant will dupe Jeeto by sending a person who is similar looking to Bittu. Kulwant will capture their love moments on camera and will make the MMS of it.”

When this news of Jeeto being with some other man will reach Bittu, he will go wild.

We hear that Bittu who was head-over-heels in love with Jeeto will be totally against Jeeto.

How will this problem get rectified? Will Meher again open the eyes of Bittu?

We buzzed actors of Choti Sarrdaarni but could not get through to them. 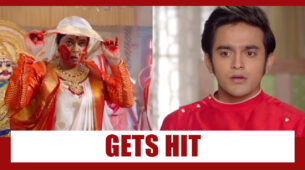