A new club is formed in the Bigg Boss 12 house 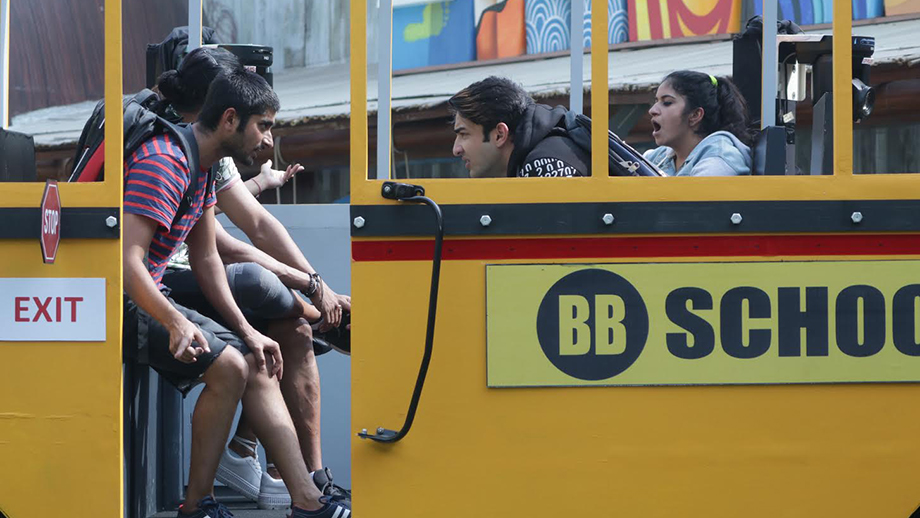 The last leg of the BB school bus task is nearing and soon the verdict will be announced where only two contestants will qualify to be the contenders of the captaincy task. Everyone has tried to outplay each other for the sake of winning the game. Dipika being Surbhi’s easy target, again attacked her with harsh words and accusations. Dipika was extremely disturbed and decided to quit the task. Dipika’s exit led the friends, Somi, Deepak, Rohit and Surbhi pit against each other. Surbhi and Rohit decided to join hands and betray Deepak. Deepak felt dejected after this treachery by his friends.

While this happened, Romil declared that Karanvir was the real mastermind behind all the plan as he wanted to create issues between Somi, Surbhi, Rohit and Deepak. This statement baffled Karanvir, and he exclaimed that Romil is jealous of Karanvir and his strategy.

Later, Deepak apologized to Somi for planning against her in the game. Romil joined in their conversation to clear the differences between them. They also decided to form a group of their own called Apple Pie Club. Somi still seemed to be very upset with Deepak and refused to forgive him.

Deepak was extremely guilty for his behaviour and locked himself in the bathroom. The entire house tried to console Deepak and Somi unwillingly forgave him. However Surbhi was disappointed with Deepak and his actions.

Was Deepak really guilty or was it another attention seeking stunt?