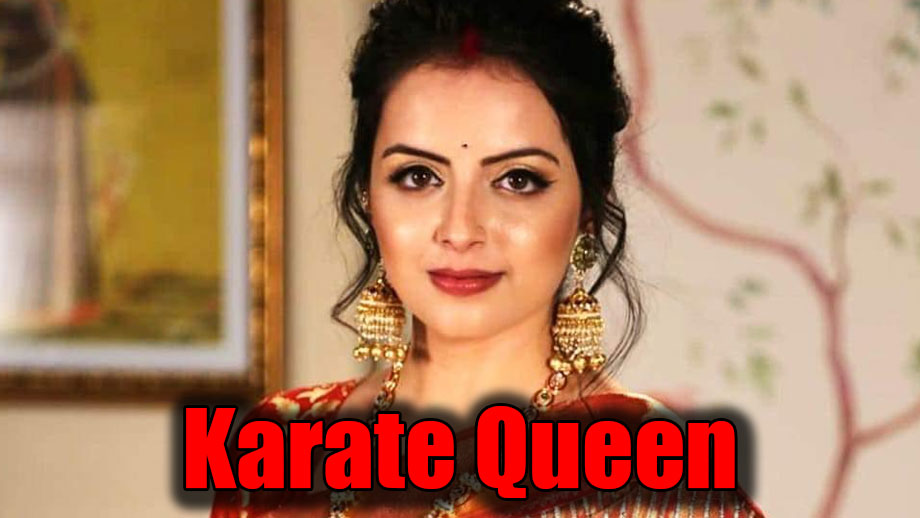 Ek Bhram Sarvagun Sampanna has seen Shrenu Parikh aka Janhvi Mittal in the ‘perfect bahu’ avatar in the show produced by Dipti Kalwani’s Sunny Side Up.

She’s seen as the daughter-in-law who is trusted by one and all in the Mittal family.

However, Janhvi has a dark past that of her father’s death caused by PK (Ayub Khan). Nobody in the family knows of the fact that she is scheming and plotting against the family.

But now, they will see Janhvi in a new avatar, that of a fighter.

Janhvi Mittal who is actually Pooja Sharma by identity will turn out to be a pro in karate.

Yes, Janhvi Mittal will be a black belt in Karate. And this will come to the fore in an upcoming fight sequence wherein Janhvi will put her fighting skills in place to battle Manohar, the man who has been blackmailing her.

We hear that the sequence will be one amazing one, wherein actress Shrenu Parikh has sweated it out with the help of the action master on the set.

As per a reliable source, “Janhvi is well-versed in Karate and has learnt the art of self defense very well. She’s quite equipped to protect herself.”

Watch out for this daring fight sequence of Janhvi aka Shrenu in Ek Bhram Sarvagun Sampanna.