As per the plot, Shravan units all the civilian kids and motivates them to be a part of this fest. The big challenge between Shravan -Aneesh happens, where Aneesh promises he will run in the ground without clothes if any of the civilian kid gets selected for the play. Shravan and gang change the play script of Aneesh for him to lose.

In the coming episode, Aneesh gets rejected from the play because of the wrong script and Shravan gets selected for the same. Suman realizes something is amiss and she is sure Shravan has done something.

Later, Aneesh and Shravan with the rest of the Army vs Civilian group end up fighting and Suman tries to stop them but the situation gets out of control and she ends up involving the principle. Principle asks students to call their parents. Shravan comes with his Chachu and lies about the father not being in town but gets caught because of Suman. The buddy system is introduced in the school where one army and one civilian kid are paired as buddies and are instructed to be partners for all activities in school, Shravan and Suman end up becoming buddies.

Is this the start of a love story between Suman and Shravan? 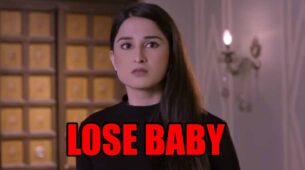