Guddan’s father who would be humiliated at the Christmas party will take Guddan out of home in the Zee TV show. The ongoing plot has seen funny scenes which really embarrass the man who comes to the party in the getup of a joker.

At the party, he will be humiliated by one and all and this will not go down well with Guddan (Kanika Mann).

However, Durga will have a bigger idea when she will work out a plan to put the huge cake on Bhushan’s face, in the same way as Guddan had put it on Akshat’s (Nishant Malkani) face earlier.

As per a source, “There will a dramatic turnaround when the cake will be put on Bhushan’s face. The father will erupt in anger and will tell his daughter that they have had enough in this house.”

Saying this, he will take Guddan out of home.

Will this mean that Guddan will be out of the Jindal house? 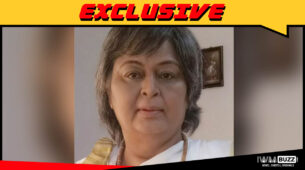