As we know, Karan is getting married to Mahira (Swati Kapoor). On the other hand, Sarla is planning to get Prithvi and Preeta married.

Now, in the coming episode audience will witness Mahira getting trapped in a construction building. Preeta will follow her to save her. Later, Karan will learn about Preeta and Mahira being stuck in the building hence he would run for their rescue.

Preeta will get angry seeing her husband Karan getting protective about Mahira. Hence, she would get angry and will ask him to search for Mahira. However, Karan will argue with her and ask her to not give orders. He would also go ahead and ask him who is she to order him. To which Preeta will reply she is his wife.

Well, will Preeta fight for her rights? 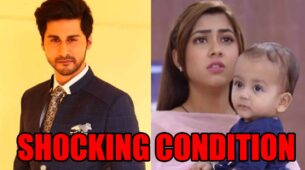