Kundali Bhagya has seen Preeta going through huge insult. What will happen now? Kundali Bhagya the popular Zee TV show produced by Balaji Telefilms has once again seen the good motives of Preeta (Shraddha Arya) being ridiculed and fingers being pointed out at her for a mistake she has not committed.

Yesterday’s episode was heartbreaking with Mahira (Swati Kapoor) throwing the blame of Rishabh’s (Manit Joura) kidnap on Preeta. Even while Preeta tried her best to defend herself, Mahira puts the huge blame on her.

At this juncture, Preeta makes a huge revelation that she does not like Karan (Dheeraj Dhoopar) marrying Mahira as she is not a good girl.

This outbreak from Preeta results in Karan calling Mahira the best girl for him and that he will marry her.

How will Preeta take this insult? Do you think Preeta should move on from Karan and decide on a life for herself?

You can cast your vote here. 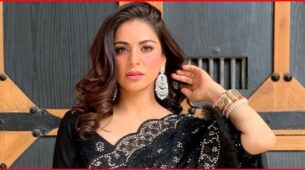