Soon, the real truth behind Pintu’s identity will be revealed to all in the SAB TV show, Jijaji Chhat Par Hain 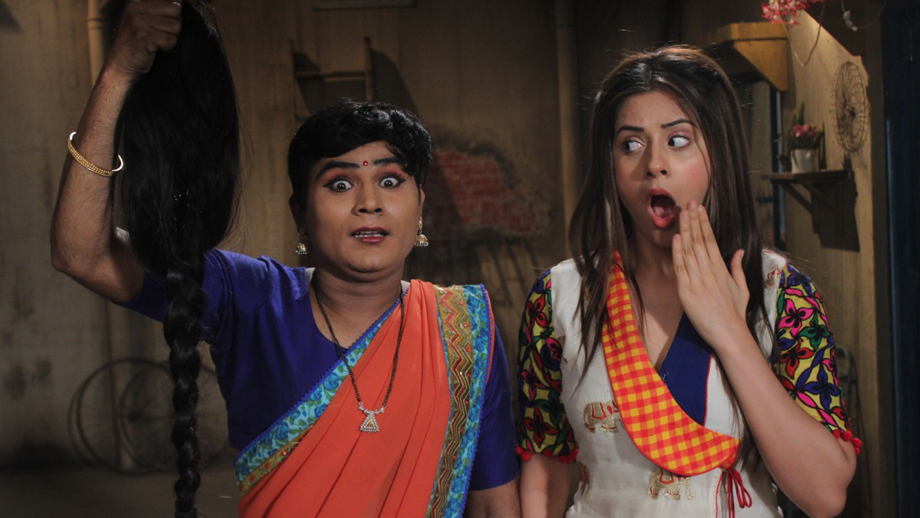 The fans of Binaifer and Sanjay Kohli’s Jijaji Chhat Par Hain on SAB TV are in for a major twist.

Well, the true identity of Pintu, essayed by actor Harveer Singh, will soon be unveiled.

As reported by us, Guru Chaturmukh (Sukesh Anand) comes to the house and sees Karuna, Elaichi’s mother’s kundli and says that she has a dosh. However, he soon clarifies that there is no dosh and everyone in the house is relieved and happy. Thus, in order to celebrate, Elaichi (Hiba Nawab), Pancham (Nikhil Khurana) and Sunita cut a cake. It is then that Pintu’s wig catches fire and it is revealed that he is a boy!

“Now, as my real identity is known; therefore it makes the love affair between Sunita and me simple. Now I don’t have to get into the disguise of Rajesh Khanna to woo Sunita,” says Harveer.

He adds, “The situation is full of comedy of errors. The viewers will love this twist in the track.”

Well, be sure not to miss it!