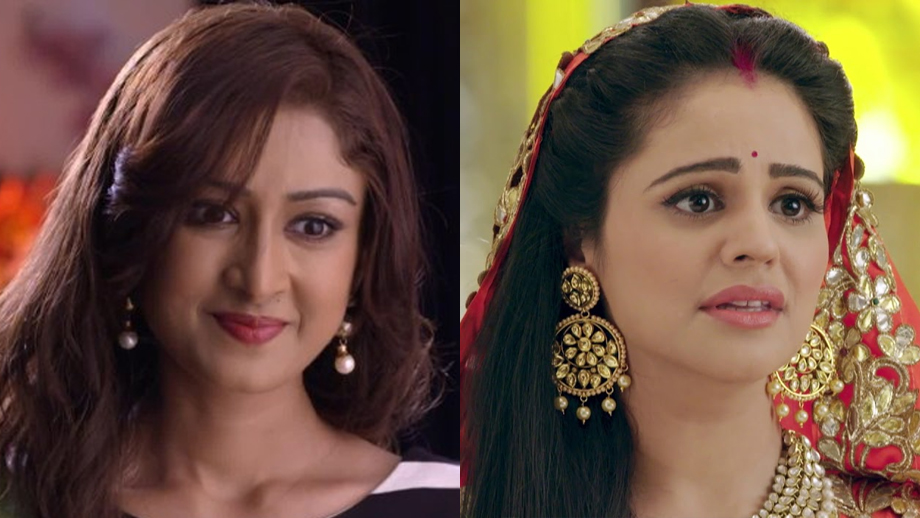 Shares a source, “Urvashi will gear up for her first rasoi as the new bride. Siddhi will tell Prachi about her secret halwa recipe and the secret ingredient. Urvashi will eavesdrop on their conversation. Siddhi will mix detergent in that secret recipe. Urvashi will find it and would mix it in the halwa that she would have made for everyone. After they will eat this halwa, bubbles will start coming out of their mouths and Siddhi would be happy with her prank.”

Later, Siddhi will plan different tactics to stop Urvashi from getting close to Vin. When Urvashi would dress up to spend a romantic evening with Vin. Siddhi will get eunuchs in their rooms to dance and give them blessings. Later, Urvashi will plan to gift Vin a picture of his mother and him, but Siddhi will replace the box with a bomb. When Vin would open it, the box will blast making their faces black.

Furthermore, Urvashi will decorate the entire room with candles, Siddhi will come and tell her that she will sleep with them, and she would go ahead and sleep in between Urvashi and Vin.

How will Urvashi get rid of Siddhi?

We buzzed Farnaz but she was busy shooting for the series.